Salt Can Help Fight Against Infection 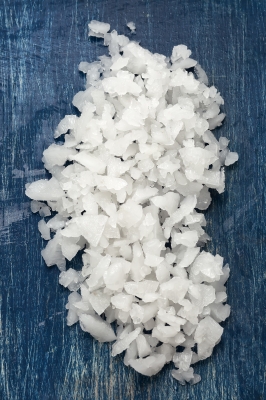 For years, doctors have been promoting low-sodium diets to combat increased rates of high blood pressure, heart attack, stroke and heart disease. The 2010 edition of the Dietary Guidelines for Americans even suggested limiting sodium intake to no more than 2,300 milligrams per day for healthy adults. Although health professionals are still touting the benefits of a low-sodium diet, researchers believe that dietary salt can actually help the immune system fight infections.

Sodium benefits the human body several ways. It helps maintain normal blood pressure, aids in maintaining a normal amount of fluid in the circulatory system and helps the nerves and muscles function properly. Many people have benefited from consuming a low-sodium diet, but not getting enough sodium might put people at risk for serious infections, according to the results of recent research.

Scientists from Vanderbilt University School of Medicine were studying salt intake in mice when they made an interesting discovery. Jens Titze, the principal author of the study, noticed the mice had high concentrations of salt in wounded areas of the skin. This discovery applied to all of the mice, even the ones on a low-sodium diet. Salt seems to fight infections by increasing the activity of macrophages, white blood cells that engulf infectious organisms. Titze says salt deposits also build up on the skin of elderly people.

This scientific news might be exactly what's needed to shed sodium's bad reputation in the health care industry. Experts have been urging Americans to decrease their sodium intake, because too much sodium seems to increase the risk for high blood pressure, kidney disease, heart attack and other serious problems. However, it is very difficult to study the effects of sodium on large groups of people, so these recommendations are based on observational studies. The Institute of Medicine did not endorse the limits on sodium intake suggested by the 2010 Dietary Guidelines for Americans. Researchers from the Institute of Medicine said they found no evidence that following a low-sodium diet — less than 2,300 milligrams of sodium per day — decreases the risk of heart disease or death.

When researchers study the effects of sodium on the body, they inevitably conclude that too little sodium is just as harmful as too much sodium. A study published in a 2014 issue of the "New England Journal of Medicine" showed that people who consume 2,500 to 6,000 milligrams of sodium per day had a lower risk of mortality than people who restricted their sodium intake to approximately 1,500 milligrams per day. In fact, the people with the lowest sodium intake had the highest risk of mortality.

Researchers have known about the benefits of sodium for a long time, but scientists are now exploring the role sodium plays in helping the body fight infectious organisms. Because of this research, more health care providers may begin to weigh the benefits of having a patient follow a low-sodium diet against the potential for reduced immune function.