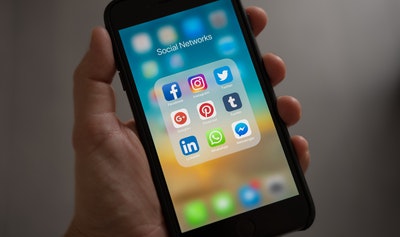 With 70% at least looking at social media, employers seem to have a consensus that social media screening is a wise way to avoid trouble. Is it fair to say the other 30% of employers might be missing out on valuable information when it comes to hiring? Or are the 70% not using their time wisely by putting stock in social media content from candidates?

Let’s start with what you can expect to find on social media. Usually, people put a significant number of jokes, friendships, and goofy behavior on social platforms. But you will also find a significant amount of information that may cloud the hiring process. Someone’s race is typically apparent right away and often so is their religion or sexual orientation. Any decisions made that even have the appearance of being based on these characteristics  considered unethical. So even if you do decide to follow through with social media screening, the process needs to have guidelines that are thoroughly planned out and strictly followed.

You should also expect that your own biases will impact the decision process. Anything you don’t like about what a candidate finds fun or interesting will impact your decision about hiring the candidate before you’ve even spoken to them. No matter how benign, little things about the world you find irritating can quickly influence your perspective of a candidate. Further, some just don’t engage in social media often or ever. And while employers may feel this is because the candidate has something to hide, this isn’t necessarily the case.

A study from Harvard Business Review, further proves the use of social media as a tool to screen candidates isn't accurate. The study tested recruiters’ abilities to accurately screen a candidate using social media with and without training on how to do so. In the end, it was determined that even with proper training, screening candidates via social media was not an accurate hiring tool.

If recruiters cannot defend themselves from bias—which is nearly impossible—social media pages are best left out of the hiring process. And yes, screening social media can help in extreme cases, like if a candidate is dangerous. However, most cases aren’t this extreme. A quick scan for anything illegal from a background check would be the most you would need.

If your company insists on using social media screening and wants to go through with the practice, then your procedure should only be used to check for red flags. In general, though, social media profiles should be avoided during the hiring process, unless the profile is exclusively dedicated to one’s career like on LinkedIn.

The information provided in this article does not, and is not intended to, constitute legal advice; instead, all information, content, and materials available are for general informational purposes only.