Seasonal Jobs Can Be a Blessing 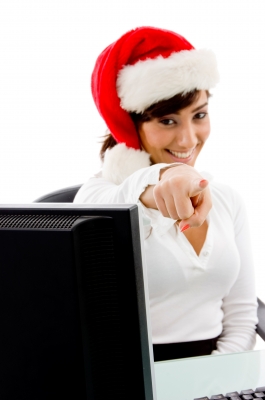 Tis the Season – for a job. The holiday season is upon us, and that means many companies will be hiring additional staff to get through the rush of these last few months of the year. And if you are fortunate enough to score one that is within your profession, and can really “wow” them, sometimes it may just lead to a full time position. Here are a few of the major businesses hiring during this season. Even if these are not positions within your career desires, it can be a good way to get experiences in areas you may not be as skilled in, being able to network, as well as making some cash while still searching for your career position. CNN Money recently revealed some of the top stores' hiring numbers for this season.

Large department store chains like Macy’s and Bloomingdale’s expect to hire around 83,000 seasonal employees, while Target is scheduled to hire about 70,000 employees themselves, which is down from the roughly 88,000 they hired last year. Target’s first line of attack for the holiday season is to offer existing staff additional hours, but even so, the amount of seasonal hires is still a hefty chunk, and ranks them up there with Amazon.com who also is hiring approximately 70,000 seasonal workers throughout the 40 fulfillment centers they have around the country. And with Amazon, about 7,000 of the past year’s temporary position led to actual full time position.

Walmart is one of the largest retailers around, but they are actually approaching the holiday season with extreme caution due to a less than positive sales year. They will only be increasing their staff by about 10%, roughly 55,000 jobs altogether. This averages out to only about 13 new positions per store. Although additional employment structure changes are actually happening internally, with plans to move 35,000 temp employees into part-time status positions, and another 35,000 part-timers into the full-time category.

With so much shopping these days happening online, it means more increases in mail deliveries. With an expectation of about 16 million packages moving around the world during the season, the big brown shipping company UPS is expecting to hire 55,000 additional seasonal employees in all areas of their production, from drivers, to loader and unloaders.

The large chain of Kohl’s department stores are right up there with their expectations too, looking to bring in an additional 50,000 employees for their stores, and another 6,400 at their distribution center. And if Kohl’s is too serious of a store for you, maybe a more jovial surrounding is desired like Toys “R” Us. Seek to be one of the 45,000 temp employees that Toys “R” Us expects to fill the season with. They too have a tendency to keep seasonal employees on in decent numbers, with last year’s positions transitioning to continued jobs for about 15% of the holiday workforce.

And the final three on this list are J.C. Penney with their 35,000 expected hires, FedEx with their 20,000 or more, and GameStop with their 17,000. J.C. Penney has had a tough time the past couple years, and some say this is a do-or-die time for them. That being said, hope of continued employment beyond the holiday season is only likely if they end the year with a huge bang. FedEx hired 20,000 last year, and while an exact number is not being given for this year, they did reveal that they expect to hire more, which is promising.

So, while most of this seasonal work may not satisfy your IT and tech career desires, you should look at the opportunity as being that foot in the door that allows you to network and open doors to possibly cross over into a desired position within the company. Being a former part-time employee never hurts, as it gets your name and face in the system for future placement opportunities. Networking is a large part of your job search and so these positions can be viewed as such.