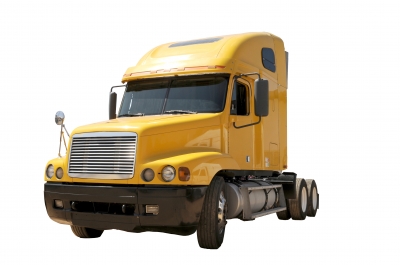 Move over, autonomous cars. After more than six months of preparation, a fleet of self-driving trucks motored through four different European countries during a challenge issued by the Dutch government. How did they do?

The Dutch Ministry of Infrastructure and the Environment organized the event thanks to six truck manufacturers, including Volvo, Volkswagen and Daimler. A total of 13 trucks took part in the challenge. Each truck departed its manufacturing facility and traveled to Rotterdam, The Netherlands. The truck from Volkswagen's subsidiary, Scania, traveled the longest distance at more than 2,000 miles. It took the efforts of six European nations to pull off this challenge, and authorities claim it was a rousing success.

How'd They Do That?

Trucks stayed in contact with each other via Wi-Fi connections, which allowed the vehicles to brake faster than a human driver. The wireless connection linked the self-driving trucks to each other to allow instant communication. When one truck hits the brakes, the rest of the trucks in the fleet knew it instantaneously. Each truck also had a sophisticated radar system. The high-tech wizardry allowed the trucks to stay very close to each other and in formation throughout the challenge.

The self-driving trucks used a technique called platooning whereby the vehicles remained within 30 feet of each other and at the same speed. This strategy saves fuel and reduces carbon emissions. The gas savings comes from a truck's windstream. A cargo vehicle behind a truck uses the windstream of the truck in front of it to gain an aerodynamic advantage.

Where are American Trucks?

An American version of Europe's self-driving trucks debuted in April 2015 thanks to Daimler's Freightliner Inspiration Truck. Nevada granted the manufacturer a license to test the vehicle in the state. Researchers believe the trucking industry may see platooning on American highways by 2020. Extensive testing for platooning trucks is underway in the United States. One major issue deals with the behavior of lead trucks in a convoy. One truck may swerve to avoid an obstacle, but that doesn't mean a truck 100 feet behind it can do the same thing due to oncoming traffic. Failsafes must be in place in case a human needs to take over driving duties.

Automated cars, such as those from Google, have already had years of testing behind them. A facility outside of Detroit helps test the cars in real-time conditions. The center includes connected devices, obstacles, changing weather patterns and a cityscape that tests cars in all kinds of conditions.

The Results of Europe's Challenge

Researchers found that the self-driving trucks had reaction times 25 times faster than a human driver. In the future, these vehicles can reduce shipping times thanks to the ability to drive at night when a human driver may sleep. The move also reduces labor costs, cuts down on accidents and saves lives. European authorities say tens of thousands of people die due to accidents on Europe's roads every year, and 90 percent of those are due to the driver's negligence. Autonomous cars and trucks can help reduce those deaths.

Entire fleets of self-driving trucks are still years in the future. However, if these European designs are any indication, the trucking industry has a lot to look forward to as companies update their hardware in the coming decades.

The mission of Ford's new CEO is being dragged down by the car busi...
news from Markets

The Future of AI: Smart Machines Will Save Us, Not Destroy Us
blog post from FICO