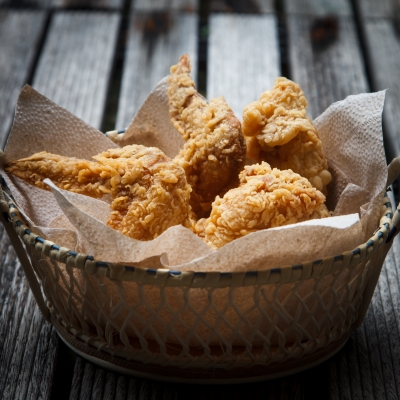 If you're of a certain age, you'll remember the carnage of the Great Cola Wars of the early 1980s. Somewhere deep in the bowels of the soda and fast food industry, it was decreed that the two leading brands of soda, which a solid majority of people can't even tell apart, would become deadly rivals. The competition was serious, with a person's whole identity sometimes riding on whether the fridge was stocked with one or the other brand of soda, of all things. An echo of the old war is being heard again in the fried chicken wing market: McDonald's has introduced wings on its menu.

While this might just be another choice for the average fast food industry consumer, businesses in the field learned long ago that you can boost sales by engaging peoples' natural tribalism and building an almost sacred connection between the product and a certain lifestyle. This atavistic attachment is why when McDonald's decided to reintroduce the chicken wings that had been on the menu from 1990 to 2003, it was tantamount to a declaration of war with KFC.

A major product rollout such as this has the potential to set the entire fast food industry on fire. "Which set of wings is better?" is only the first question fast food industry insiders are asking. Much more important is what the reintroduction is going to do to the delicate balance of power that's prevailed since 2003. It's possible that the wings are intended as a direct challenge to KFC's current—comfortable—market share, and that the whole thing will escalate to spark another brand war within the fast food industry. No word has yet been heard on whether Popeye's has decided to retaliate with a new cheeseburger line of its own, but in a world where you can get tacos at Carl's Jr., nothing is impossible to believe.

For what it's worth, the early reports on the food itself are generally positive. The wings are crispy with just enough grease to give them personality. Indeed, test groups rank the wings as being roughly equivalent to what's on the menu across the fast food industry—even from titans KFC and Popeye's. Apparently, the wings leave an aftertaste of black pepper, which is a mixed blessing for some people.

And so, a major American restaurant chain has rolled out a new product. It happens thousands of times a year. What makes this time so special, though, is the potential disruption the wings can cause simply by virtue of the scale of the Golden Arches' operations. It certainly isn't true that brands primarily associated with chicken wings—Hooters comes to mind—will be shuttering their shops anytime soon, but it would be wrong to assume that no one in the fast food industry is nervous or that their worries are baseless.