Smart Glass Produces Its Own Electricity 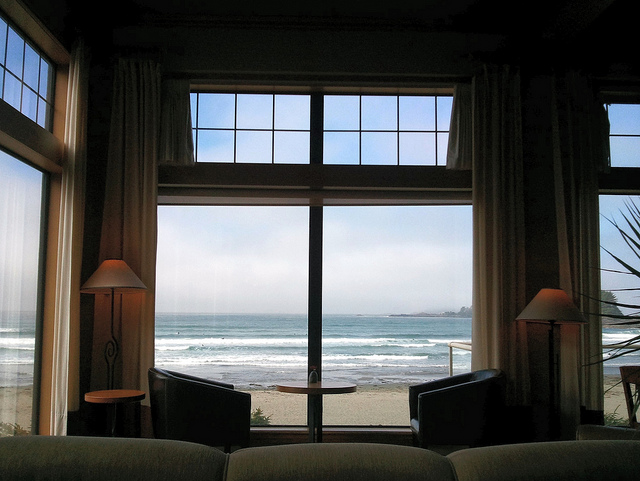 The next generation of solar energy, capable of charging small devices, may come in the form of smart glass installed in windows for homes, commercial buildings and other large-scale applications. Researchers created this glass to harness static electricity created when rain and heavy winds lash up against windows.

The key to this kind of smart glass is nanogenerators that produce power thanks to their ability to harness small amounts of electricity. Nanogenerators sit on the outer portion of the glass that comes in contact with water droplets formed by rain. The next layer is made of two thin, plastic sheets with very small springs in between them. When strong winds push up against these plastic sheets, the springs move the sheets closer together and produce a small amount of electricity.

Water droplets rub against the glass to create small amounts of static electricity, and plastic layers that get close to each other do the same thing. It is the same principle that creates sparks when humans put on cotton or wool sweaters in dry, cold air during the winter. The same thing happens when people scuff their feet on carpet and then touch a metal doorknob. Smart glass harnesses minute amounts of electricity with nanogenerators and stores the power for later consumption.

Companies should not expect to power entire buildings with this technological marvel just yet. One square meter of smart glass produces 130 milliwatts of power, or 1.3 watts. By comparison, a typical laser pointer uses 5 milliwatts of power, and a hearing aid uses less than 1 milliwatt. This amount of power cannot run a refrigerator or air conditioner, but one window can charge a cellphone or another small device. The glass tints to a light shade of blue when it collects energy.

Combined with improved battery charging times, smart glass may present a way for consumers to save money on electric bills in every room of the house. As fossil fuels continue to deplete, new ways to harness solar energy must be found to power humanity as part of an overall energy strategy. The innovation may help reduce solar power costs even further in order to make this type of energy production even less expensive.

The next step for researchers becomes how to store energy collected by the transparent solar cells. Researchers also hope to integrate this glass into wireless technology, so a cellphone simply soaks up some sunlight to recharge without requiring a plugged-in solar collector. The implications for charging small devices without an extra electric plug are huge.

Smart glass represents a breakthrough that may take several years to come to market, since the team only has small amounts of the materials on hand. If this technology makes it to market, it could change the way buildings and devices create their own electricity.