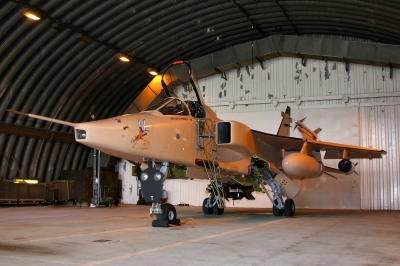 The U.S. Military is working to create a next-level fighter jet known as the F-35 Joint Strike Fighter, which would be used by the Navy, Marine Corps and Air Force to accomplish the tasks of several aircraft with one machine. The first set of F-35 fighters is scheduled to be delivered to the Marine Corps in July of 2015, but a report by the Government Accountability Office cites possible delays due to aircraft software issues.

A spokesman for Lockheed Martin, the manufacturer making the planes, is confident that the fighter jets can be operational by the deadline. However, according to the GAO report, the release of the F-35 fighter jets could be delayed by as much as 13 months due to persistent aircraft software problems. The cost of the development program has also increased to an estimated $390 billion, up $94 billion from the 2001 estimate.

One aircraft software problem that the complicated jets are experiencing lies in the Autonomic Logistics Information System, which is the aircraft's computer system. In this glitch, the system creates incorrect associations between aircraft components and part numbers, telling the pilot to ground the jet even after a component has been repaired. Another prominent issue with the aircraft software lies in the high-tech helmets, which use augmented reality technology to connect to cameras throughout the aircraft and let the pilot virtually look over his fighter jet. The over-sensitive helmet has had the tendency of creating shaky displays due to the aircraft's vibrations.

In addition to these two major issues, the program has been facing numerous aircraft software problems throughout the development and testing process. According to the GAO report mentioned earlier, software problems continued into 2013, many of these occurring due to limited software capacities, delays in software delivery and the time-consuming tasks of adjusting and retesting various versions of the software. Software developers are not surprised by the costs and delays associated with the aircraft software, and maintenance costs are expected to be high as well due to a constant need for software upgrades.

According to program head Air Force Major General Christopher Bogdan, software persists as the most prominent F-35 problem that the program is facing. He went on to state that the GAO report brought no surprises and that all cited facts were already known to the partners and development team.

The Department of Defense plans to purchase more than 2,400 of the F-35 fighter jets by 2037. More than $84 billion has been spent on development thus far, and the planes themselves are estimated to cost approximately $159 million each. Due to the complexity of the planes and the F-35 problems that the team has been facing regarding the software, the aircraft project has become one of the most expensive in U.S. history.