Sound Engineers Have Many Options 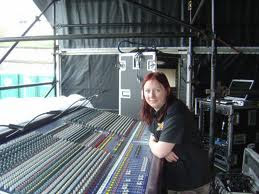 Sound engineering has advanced by leaps and bounds in the last decade. Today's sound engineers have access to some truly remarkable technology, courtesy of some really skilled developers at Apple and Microsoft as well as a few entrepreneurial garage technoids.

Advanced workstations and mainframe computers have been harnessed to work in sound and music studios. Apple, for example, has developed some of the best software and mainframes for sound engineering courses. These are designed to familiarize you with the kinds of software used in studios around the world. As a sound engineer, your task is often to cobble together pieces of recorded sound into one album, jingle, gaming effect or symphony.

If you get into cinema dubbing, which everyone seems to be attracted to these days, you'll work in a sound-to-picture post-production suite or dubbing theatre. You'll "work" audio consoles to mix sound and dubbing machines to play back edited dialog, music and sound effects. These engineers often add echoes, delays, speed up or slow down tempos and fine-tune voices. In a television show, engineers may add laugh tracks. Regardless of the task, the objective is to enhance sound and direct a listener's focus to specific areas of the production.

If you prefer the excitement of live-action sound, there are literally hundreds of different live performances in any fair sized city on any given day—everything from the live theatre production of a play, pantomime or musical to a stand-up comedy performance. All these live events need talented, proficient sound engineers to make the performance a success. Working on live projects can be truly inspiring, especially if you're setting up the sound and mixing sound in a large stadium venue or concert arena.

Onward to 5G, 6G, and Beyond
news via Design News