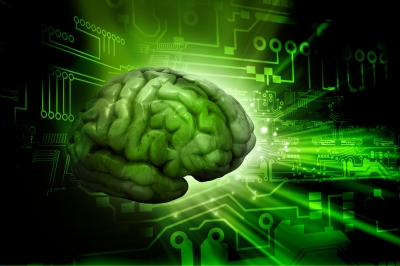 Futurists, information scientists and computer scientists at Stanford University have begun a 100-year study into the possible effects of artificial intelligence on human society. A standing committee of five academics from several universities invited researchers, scientists and roboticists to study and document how intelligent machines may benefit mankind moving forward.

The study, called the "One Hundred Year Study on Artificial Intelligence," or AI100 for short, comes at a time when emerging technologies point towards increasingly intelligent computer software. Physicist Stephen Hawking and Tesla Motors CEO Elon Musk have both warned of the dangers of the fledgling technology. The lengthy Stanford University study hopes to examine how it can benefit society rather than harm it.

AI100's founding member and computer scientist Eric Horvitz disagrees with these grim predictions. The Stanford alum hopes to create an enduring process to elucidate the value of artificial intelligence. Horvitz, who said he is optimistic about it, hopes the study helps anticipate the opportunities and dilemmas caused by increasingly intelligent machines.

The far-sighted study comes as artificial intelligence made headlines in June 2014 when a computer program called Eugene Goostman passed the Turing test, the current standard by which this technology is judged. The program contained enough seemingly human traits to fool 30 percent of the people, which is the Turing benchmark, into thinking it was an actual person. The chat-like program engaged in what appeared to be a normal online conversation and responded to spontaneous questions and comments from participants.

Mobile devices, interconnectivity, social media websites and the explosion of the Internet may lead to other advances in artificial intelligence. The overload of information must be handled and organized somehow. New systems in the works filter usable information from the overabundance of online interactions that occur continuously. The data, once organized, provides data mining companies a wealth of information to support targeted advertising and customized Internet search results.

The overall goal of basic artificial intelligence algorithms is to provide real-time responses to customer demands. Programs such as Siri, V-Person, Trapit and Google's Project Glass look to exploit extremely fast computers with real-time information to create nearly seamless interactions with humans. Eventually, these systems may evolve to make automatic decisions for humans based on previous data.

The theory behind artificial intelligence has existed for decades, ever since supercomputers were first built in the 1950s. Emerging software and computer programs in the 2010s and the ethics behind their evolution create new and interesting changes in human society moving forward now that this technology is farther from fantasy and closer to reality.

Photo courtesy of cooldesign at FreeDigitalPhotos.net

SoftBank's investment strategy is under fire amid WeWork's bungled ...
news from Markets