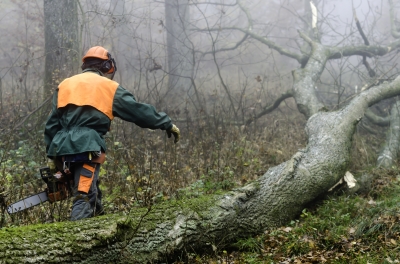 A lot of progress has been made in recent years in the US toward green building standards. At the forefront of this effort is Leadership in Energy and Environmental Design (LEED). LEED is a third-party certification program that sets standards for the design and operation of green buildings. LEED-certified buildings typically command higher rental and sale prices and are cheaper to operate as their energy footprint tends to be smaller. Under the LEED model, new buildings are awarded a certain number of points for having low-flow plumbing, efficient lighting, and recycled materials. Federal and state government agencies lean heavily on LEED standards when making decisions about office space and building standards, but it these standards are coming under fire. Some states, in particular, are leading the charge to reduce the influence LEED has in America.

Part of this is political. There exists in the business community a certain party of "no" mentality toward the very idea of overarching federal standards. According to this mindset, which has become prevalent over the last few decades, the business of America is business, and any laws passed for nonbusiness purposes are therefore bad, as they're almost certain to cut into profits.

The resistance has a point in this case. LEED compliance does usually have the effect of increasing the up-front building costs for new construction. The issue here is the LEED point system. Points are awarded for, among other things, avoiding primary materials in construction. The timber industry, whose model usually involves clear cutting and reforesting, opposes this requirement for economic reasons as it fears LEED standards will drive builders to either recycled materials or to foreign competition.

The industry has responded by setting up its own ratings agency, the American National Standards Institute (ANSI), and pressuring lawmakers to ban non-ANSI certified products. Such bans are already in place by executive order in Georgia (home of Georgia Paper) and Alabama. Mississippi has done something similar by legislation, a course that North Carolina seems poised to follow. What this means in practice is that LEED is effectively barred from having a significant influence in these states, with new construction of federal buildings (which are required to be LEED certified) essentially halted.

You wouldn't think a third-party ratings agency would inspire such outrage, especially given that construction materials are just one small factor in a building's overall certification. After all, the way standards are now, buildings can still be LEED compliant without the single point that recycled construction materials garner. Politics is political though, and the financial motivation for groups such as ANSI to exist is unmistakable. With LEED being essentially outlawed across much of the South, it remains to be seen whether state or federal standards will prevail.

Register
Sign In
British ex-soldier arrested in Turkey and accused of fighting along...
news via Yahoo News - Latest...

Spotlighting Stories from California, Idaho, New Jersey, Oklahoma a...
news via All Articles