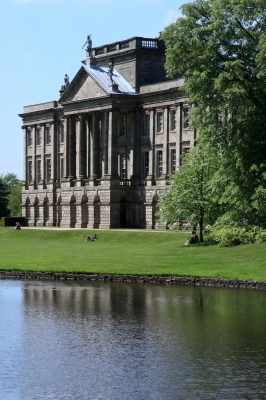 “Get thee to a nunnery,” may have been uttered by Hamlet in desperation, but spending time in a Trappist Monastery was a real escape for August Turak, the CEO of a software company seeking a refuge during a personal crisis. His experiences and the lessons he learned were the subject of a Forbes.com article, “Learn Business Genius From Trappist Monks.” He has returned over the last 17 years, and learned spiritual as well as business truths during his stays.

Monasteries have been self-sustaining for thousands of years, and have a lot to teach about business success. Their mission statement may be a bit unearthly, with a differently motivated workforce and management style, but they have a lot to offer to business people and sales professionals who are looking for new ways of serving customers.

Turak tells the story of standing in the lunch line at the monastery. A frail looking monk in front of him slowly and painstakingly retrieved a lunch tray from a stack under a counter. Turak, becoming impatient at how long it was taking, was blown away when the monk turned and offered him his hard-won tray instead of taking it for himself. The culture was that of “doing well by doing good,” characterized by this monk’s act of selflessness and service to another.

Sales people fail when they are more concerned with what they want to accomplish instead of focusing on what the customer wants and needs. Turak tells the story of a monk who wanted to sell high-end flavored vinegars as a product for the monks to sell to help sustain the monastery. The abbot liked his idea, but remarked that what the monastery really needed was someone to work at the infirmary. So, the monk got some training and spent the next years of his life as he called it, “changing bedpans.” The monk was so focused on what he wanted to do that he didn’t think to ask what the greatest need of the monastery was. This profound sense of selflessness and yielding to the greater good of the community is one of the lessons the author learned. In sales, it’s a simple principle. First ask questions and listen. Only then can you discern what the customer really needs.

The article noted that Adam Grant, the author of the book, Give and Take, says that the key to success is to be a giver to those who can also give back to you. Turak goes beyond that principle and says you should be a giver only and expect nothing in return. Team up with other givers, too, for no other reason than some greater spiritual, social or business good.

Most business people or CEOs aren’t as dedicated as the monks, giving up everything to be guided by an Abbot or superior who requires complete obedience. But the order and principles that have made monasteries survive and adapt over the centuries deserve a second look for businesses looking for sustainability and real leadership. The Rule of St. Benedict may not be as compelling reading as Covey’s Seven Habits or Jim Collins’ Good to Great, but it may hold some secrets to sales and service that can take sales figures to heavenly heights.