Technology Job Openings: But is the Talent Ready? 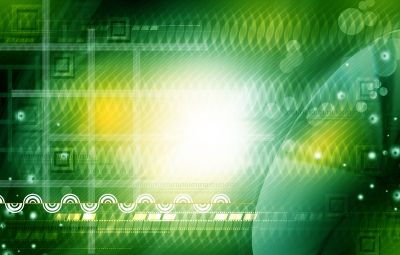 Technological advancements seem to make changes in the way we do things in the world almost annually. Year by year, the advances in technology seem to change the little things of daily life, as well as the larger, not so public way things are done. “Technology innovations change the way individuals live and work and introduce new ways of doing business,” says ComputerWorld writer John W. Thompson. He continues. “They can also introduce new challenges, such as global cybercrime and privacy issues, that society and policy makers need to grapple with.”

Of course, over the years, technology has been known to cause some jobs to be obsolete, causing job loss, while at the same time it is also beneficial for job growth as newer and newer technology requires more and more workers to keep up with the growth. Of course technology also has an impact on economies. Digitization is the “mass adoption of connected digital services by consumers, enterprises, and government,” and Johnson reports that “According to the Global Information Technology Report 2013 by the World Economic Forum, ‘digitization boosted world economic output by nearly $200 billion and created 6 million jobs in 2011.’”

Changes in the next ten years are not certain, but educated guesses can be made. According to the McKinsey Global Institute’s 2013 Disruptive Technologies report, they list the following fields as being the predicted top 12 technologies that will have the most impact on life, business and the economy:

The big question to follow is, will these advancements find adequate people to fill the skill slots required? Kenneth Corbin of CIO writes “In an economy marked by conflicting indicators, technology companies are looking to hire more employees over the next year, but worry that there will not be enough qualified candidates to fill the vacancies, according to a new survey from the trade group Technology Councils of North America.”

In the survey, sixty-three percent of the respondents reported intent to hire more staff over the next twelve months, but sixty-nine percent of the respondents complained of a shortage in the quality and quantity of workers with the necessary technology skills. One solution that some are rallying for is to “relax immigration laws to allow more highly skilled foreign workers to remain in the United States” by making “provisions to expand the number of H-1B visas available to allow workers trained at U.S. universities in the STEM subjects--science, technology, engineering and math--to remain in the country and work,” as Corbin discussed in a past article.

So if you are in the technology field, whether currently working or seeking a new position, a key question to always be considering is whether or not you are actively advancing your skills to keep up with the rapid change in the market? Are you in touch with the changes happening now as well as those just over the horizon? If so, make sure you are always seeking to stay ahead of them by gaining new skills and training. Competition for this ever-growing market is fierce, and with things advancing as fast as they are, it is important to keep up or get left behind.