Terrorists Use Social Media to Recruit 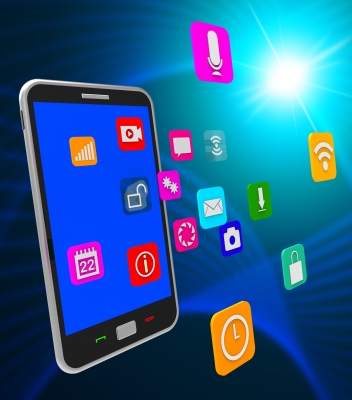 Most individuals use social media networks to post and share a variety of information, from photos of last night's dinner to interesting news stories or family updates. Similarly, businesses also use the likes of Twitter, Facebook and LinkedIn to build their brands, offer sales and even recruit workers. Unfortunately, they are the only ones leveraging these online platforms.

Terrorist groups, such as the Islamic State in Syria, use these websites to communicate among members and to spread their vitriolic messages to the rest of the world. Some terrorist cells even recruit new members using handy, short messages. How do they do it? Shouldn't these groups not have access to social networks?

At least 300 people in the United States support ISIS through social media accounts, as of 2015. As soon as one account becomes disabled, individuals simply set up another one using a different email address and a different identity. Despite government efforts, and the efforts of the hacker group Anonymous, terrorist groups simply do not go away from this easy form of communication. Ben Fitzgerald, director of technology of the Center for a New American Security, likens new account after new account to a game of whack-a-mole. When one Twitter or Facebook page goes away, another one comes right back online, which makes it easy for people to communicate without much interruption.

Another thing to note is that terror cells don't have any more success in recruitment than other, legitimate, organizations on social media. Usually, people find these accounts when they go looking for them. Plus, ISIS doesn't pay for targeted advertisement to show up on people's generic feeds for all the world to see. People who lean toward terror search for these types of networks, and people who communicate in this way may post a link in a chat room, forum or other type of discussion to get the ball rolling. After that, it becomes easier to discuss things individually through personal messages.

Unlike big corporations with established brands and large infrastructure, hackers and government agencies can't shut down the online presence of these groups. Individuals create multiple accounts as opposed to a large, organized group, such as a business or government office, which makes it harder to take down the accounts. Hackers can't get into an ISIS mainframe to disrupt things because there isn't one upon which to launch a coordinated hack.

Much like large companies and businesses that coordinate social media pushes and sales, terrorist organizations may use these communication tools to launch attacks. Investigators believe terrorists launched the attacks in Paris using this type of online method. While social networks have plenty of good uses, unfortunately groups use them to promulgate mass killings.

Social media represents a two-edged sword with regard to terror groups. Governments may not want to shut down this communication because these accounts offer a way to monitor the activities of terror cells, even though terrorists may gain an advantage by using this anonymous way to keep in touch.

Register
Sign In
Marty Baron and a turning point for the Washington Post
blog post from Columbia Journalism...
Families Of San Bernardino Massacre Victims Sue Social Media Giants
news via Crime - The...
Weekend Roundup: A Tale Of Two Globalizations
news via Politics - The...