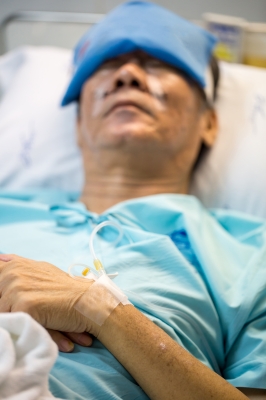 Since late March 2014, several countries in West Africa have been dealing with an outbreak of the Ebola virus. As of July 2014, the death toll continues to rise, and speculation has arisen about the ability of the World Health Organization (WHO) to control the outbreak.

On March 25, 2015, the WHO reported a notification from Guinea's Ministry of Health about an outbreak of the Ebola virus. At the time, the total case count was 86, with 60 deaths. In March, the disease was most prevalent in the southeastern parts of the country, but reports had begun to trickle in about cases occurring near the borders with Sierra Leone and Liberia.

Over the next several months, the situation began to grow quickly out of hand, and more cases appeared in all three countries in West Africa. In early May, the number had jumped to 226 cases and 149 deaths. By the beginning of June, those numbers had risen to 344 cases and 215 deaths. The news worsened in July. On July 14, the WHO reported that the total number of Ebola virus cases had risen to 982, with a total of 613 deaths. The bulk of the cases are in Guinea, with Sierra Leone close behind and Liberia bringing up the rear. Compared to recent swine and bird flu outbreaks, the Ebola outbreak is considerably more deadly.

Although all three countries are employing outbreak control methods, they have not been successful at every step. In Guinea, the lack of community support caused a serious problem in the beginning. In Sierra Leone, uneducated rural citizens burned down a treatment center, believing that it was causing the disease. After engaging with community leaders, however, government officials and healthcare workers are beginning to see progress in getting citizens to accept the control measures.

The Ebola virus, which is generally isolated to rural areas, is a particularly vicious virus. Once a person is infected, he can carry the virus without knowing it, spreading it easily. As it manifests in the body, Ebola causes symptoms that are similar to the cold or flu: fever, throat pain, headaches and muscle aches. Patients then experience vomiting and diarrhea. In many cases, the kidneys and liver begin to shut down and patients bleed internally. There is no cure or vaccine for the disease, so the mortality rate for Ebola patients is high.

A number of healthcare organizations have sent workers into the affected countries to help with Ebola virus outbreak control. The organization Médecins Sans Frontières, or Doctors Without Borders, has sent workers in, despite the high risk. Airports in all three countries and in countries accepting connecting flights are conducting temperature screenings to detect travelers with high fevers. Despite the efforts to control the virus, it continues to grow, and some experts worry about unreported cases adding to the overall numbers.

Regardless, the WHO remains hopeful that it will be able to contain the outbreak of the Ebola virus in the upcoming weeks. With continued support from global healthcare organizations and African governments, the WHO will have a higher chance of success.