The Dangers of Caffeinated Drinks for Children 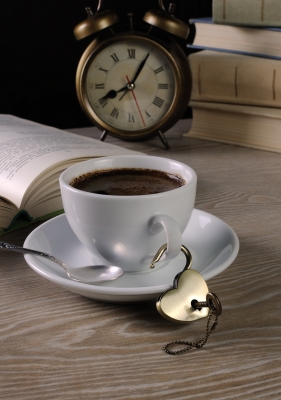 According to NBC News, approximately one-third of teens and young adults consume energy drinks on a regular basis. These highly caffeinated drinks, along with other caffeine products, can cause serious health risks in children. There are no guidelines set in the US for limits on children and caffeine, but Canadian guidelines recommend no more than 45 milligrams of caffeine per day. The limit for a healthy adult is around 400 milligrams. A regular cup of coffee contains approximately 100 milligrams.

The main concern for those who consume caffeinated drinks is cardiac arrest. Caffeine can aggravate symptoms in those who have underlying heart problems or nervous disorders. There have been instances of cardiac arrest after consuming just a few energy drinks, and the parents of a young child may be unaware that a heart problem exists until it is too late. The caffeine in an energy drink can cause more forceful heart contractions, which can lead to problems for those with certain heart conditions. It can also lead to stroke, palpitations, seizures, and even sudden death.

Caffeinated drinks can lead to dehydration. This is especially true in children who participate in sports or are otherwise very active. Caffeine is a diuretic—it causes the body to eliminate water quickly. When caffeinated drinks are consumed in moderation, there is usually no danger; but for someone who is sweating and needs fluids, a soda is not the best choice to rehydrate. Children who exercise or those who will be outside when it is particularly hot should always consume water over soda to replace water lost through perspiration.

Children who consume too many caffeinated drinks can also suffer from a wide variety of other health risks. People who regularly consume large amounts of caffeine can experience headaches as a withdrawal symptom. Those who vary the amount of caffeine consumed on a daily basis can also experience a multitude of severe headaches due to caffeine consumption. Most energy drinks are full of sugar and empty calories. This can lead to obesity and several different diseases, including type 2 diabetes. Drinking too many caffeinated drinks can cause jittery behavior, which can interfere with daily activities and make it more dangerous for someone to drive or perform other tasks. There are also ingredients in many energy drinks that can cause allergic reactions.

It's true that drinking too much of anything can be potentially fatal in both children and adults. Caffeinated drinks have been proven to cause problems, so it's best to keep young children away from them, or at least limit the consumption of these drinks. Parents should be aware of what is in their children's beverages and find out if caffeine is safe for their children to consume.