The Dangers of Vaccine Refusal 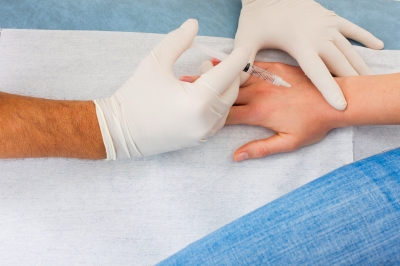 Vaccines are effective at preventing the spread of disease. However, they only work when they are administered to the bulk of the population. An unsettling trend—particularly among parents—has people opting out of vaccination programs for a variety of reasons, including the debunked idea that vaccines cause autism. Although opponents of vaccination have made a few valid points in the vaccine debate, serious consequences could result from declining immunization.

The most obvious danger of refusing vaccinations is the risk of being infected with a deadly but preventable disease. For example, measles is a viral respiratory infection characterized by high fever, conjunctivitis, coughing, and rashes. An estimated 200 million people around the world have died from this disease. According to some reports, approximately one-fifth of the people in Hawaii were killed by the measles in 1850.

Although there is no cure for measles, the vaccine for the disease is effective at reducing infection rates. Shortly before the introduction of the measles vaccine, there were about four million reported cases of the disease in the United States each year. The rate of infection significantly dropped after the measles vaccination program was implemented in the early 1960s, and it is believed the disease had been wiped out in the country in 2000.

Unfortunately, the rise of the anti-vaccination movement has led to a corresponding increase in outbreaks of this and other preventable diseases. There have been 159 reported cases of measles so far this year, with the most well-known outbreak occurring at Eagle Mountain International Church—a Texas megachurch whose pastor promotes anti-vaccination ideology. A member of the church became infected while overseas and spread the disease to other nonimmunized members when he returned to the States.

The Texas outbreaks illustrate another danger of falling vaccination rates: decreased community immunity. When the majority of people in a particular community have been immunized against disease, the risk of an outbreak is significantly reduced. This, in turn, offers protection to the small number of people who have not been or cannot be vaccinated such as newborns, elderly citizens, and immunocompromised individuals. When vaccination rates decline in a community, the likelihood of an outbreak increases and puts vulnerable individuals at risk of falling ill.

Although it is a good example of what could happen if vaccines are refused, measles isn't the only disease resurging in America. Pertussis (whooping cough), chicken pox, and mumps are a few other diseases currently on a comeback tour in the country. In addition to being a threat to public health, vaccine refusal may also lead to increased healthcare costs because many people who become infected, especially children, must be hospitalized.

While a small percentage of individuals have had adverse reactions to vaccinations, the vast majority have suffered no consequences after being immunized. Before choosing to opt out of a vaccination program, it's important to thoroughly research the scientific side of the vaccine debate using reputable sources before making a decision that could have a significant impact on your health and the safety of others.