The Death Of The Resume 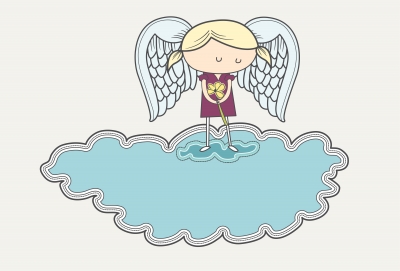 Resumes.  You have to have one to get a job, since that’s the first thing a company will ask for.  What have you done?  Who did you work for in the past?  What kind of education do you have?  What have you done that’s exceptional at your past jobs?  Resumes answer those questions for hiring managers.  Resumes help managers compare and  make decisions on the best candidate to hire.

Resumes have their limitations, too.  An article in Human Resources Executive discussed the resume’s shortcomings, suggesting that they be abandoned altogether.  The biggest problem with resumes is they may not be an honest representation of a candidate at all.  Daily Infographic reported that up to 46 percent of resumes contain outright lies or stretch the truth.  That’s almost half of resumes!

Resume writers abound on the internet.  The perfect resume may be impressive, but may also reflect a paid professional’s expertise.  The internet is also full of boiler-plate resume content that can be edited by dropping in personal information and career data into perfectly formatted templates.  A resume may be a better indication of a person’s ability to research, edit and produce a digital document than a career summary with accomplishments and education history

One of the drawbacks of resumes is variety.  There is no standardized format for resumes, which can be a factor for large companies that use computer screening systems.  Lack of a standard format can give skewed results.  As the article reported, attempts by Monster.com, Microsoft and software company over 10 years ago to standardize the resume format failed.  Over the years, resumes have gone from one-page paper documents to stylized formatted design projects complete with graphics and photos.  The one-page rule is out the window with digital files that can go on and on, complete with attachments like portfolios, videos, and website links.

The “show-me” job interview may make the standard resume obsolete.  A company has introduced a new interview process called 1-Page, which just about eliminates the need for a resume.  Think about it.  With resumes so unreliable and limiting, isn’t the ability to do the job more important?  Companies are moving to interviews that include candidates performing some type of project or actually working on the job to prove they can do the work.  The idea behind 1-Page is taking the job requirements and actual work for a position and distilling them down to a one-page project candidates have to complete.  Employers get real results from real work projects that give a better idea of job performance than a list of past employers on a resume.

Resumes rely on the honor system.  Unfortunately, just like photo-shopping pictures or air-brushing to remove wrinkles on advertisements, it’s harder and harder to separate the real from the fake.  Skype and face-time takes some of the mystery out of interviews and candidates, but some candidates could even use a stand-in for the interview to get the job.  With the death of the resume, job seekers will have to prove that what they put on their resumes is true by performance, not just words.