The Future of US Health Care 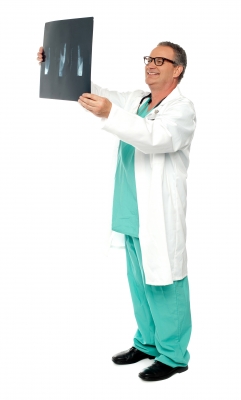 Speaking at the U.S. News Hospital of Tomorrow forum held in Oct. 2014, Aneesh Chopra, executive vice-president of Hunch Analytics as of Dec. 2014, talked about data and information analysis playing a critical role in the U.S. healthcare system of the future. Speaking at the same forum, Andrew J. Sussman, senior vice-president of CVS Health as of Dec. 2014, foresaw something more ominous — a deficit of primary healthcare providers.

These conflicting views of the future of the U.S. healthcare system reflect both the challenges and opportunities that face an industry vilified for inefficiency and high costs. Writing for Forbes, Dan Munro notes the U.S. spent $3 trillion in 2012, or nearly $9,000 per person, yet its citizens had a lower life expectancy than the citizens of Japan. The far-eastern country spent about $3,000 per person in 2012. Munro also echoes Sussman's concerns on the shortage of primary healthcare providers in the years to come.

Pharmacies could help close the gap, argues Sussman, giving an example of the diabetics who visit CVS stores up to nine times a month. This means they are likely to see their pharmacists far more often than they see their doctors. For this reason, pharmacies should be given a more influential role in the provision of primary healthcare in the years to come, insists Sussman. In some ways, this could blur the line between physicians, pharmacists and hospitals.

Technology is also expected to play an increasingly critical role in a future U.S. healthcare system. Speaking at the U.S. News Hospital of Tomorrow forum, the vice-president of the health and life sciences division of Microsoft, Michael D. Robinson talked of a platform that would aggregate data and create an overarching perspective of the state of a patient's health. The raw data to do this could be obtained from devices such as smartwatches.

Led by Dr. Leon Eisen, a group of scientists domiciled in Israel is developing a medical-grade smartwatch that can continuously measure a wearer's heart rate, respiratory rate and blood oxygen concentration and even warn emergency services if it detects a problem. A commercial launch is expected in 2015. The Oxitone, as the smartwatch is known, is part of a burgeoning smartwatch industry that is the latest front line in the battle to improve health. Technology giants Apple and Google are already deeply invested in the development of smartwatches and associated health-boosting software.

Chopra gives a tantalizing glimpse into how the aggregated information and the patterns it reveals could be used in a future U.S. healthcare system. According to Chopra, the information could be used to offer individually customized medical insurance policies in place of the static options that are the staple of providers today.

Despite the large number of challenges, including the teething problems that resulted from the implementation of the Affordable Care Act, the future of the U.S. healthcare system seems bright. The intersection of robotics, structural reforms, genomics and other innovations should result in a better healthcare system.

This millennial couple had a baby without financial pain, but buyin...
news via Financial Post - RSS...