The Need for Women in Technology 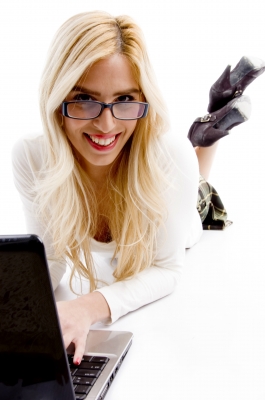 The New York Times recently wrote, “Computer science is an incredibly promising major, especially for a young woman. That and engineering are among the college degrees that can offer the highest incomes and the most flexibility — attributes widely cited for drawing many women into formerly male-dominated fields like medicine.” They say that these types of positions are more portable than the traditional female careers of old, like nursing, teaching, and the like, and yet when asked, only about 0.4 percent of female college freshman state they have any interest in computer science. Because of that, the IT field tends to be viewed, and rightly so, as a male dominated career path. But it doesn’t have to be.

Over the past twenty years, the amount of women graduating with a bachelor’s degree in an IT related fields has declined from 29 percent to now only 18%. It is estimated that in America, only about a quarter of the IT related jobs are held by women. An article from a couple years ago by JD Rucker at TECHi asked, “Over half of the professionals in the United States are women. They account for nearly 50% more college degrees than men. With this kind of knowledge, how is it right that less than 20% of the working computer hardware engineers are women?”

The answer is not always a money issue anymore, either. Earlier this year, Forbes writer Susan Adams reported, “According to a comprehensive survey by Dice, a 22-year-old website that specializes in technology jobs, the gender pay gap has disappeared in the tech sector. Though men still make more than women, an average of $95,900 versus $87,500 for women, when you compare for education, level of experience and parallel job titles, says Dice, men and women earn the same amounts.”

Not surprisingly, the television shows and movies we watch have a great deal of impact on some career choices. With more and more female leads in the field of forensic science on shows like “CSI” and “Bones,” that career field has become much more female dominated than it used to be. However, few, if any, such shows have a strong female computer science related hero (it is worth noting though, that the aforementioned “Bones” has a super sharp female IT whiz at the helm).

Another problem, some have said, is that computer sciences are often not taught in schools at an early age when the influence is needed, and so many students do not have a firm grasp on the skills associated with that field. They know how to use computers, but rarely know programming and how computers work. Part of the issue stems from the fact that It tends to be hard for schools to attract adequate teachers for this field. Since the average computer science career salary is $80,000 to $100,000, using that education degree to become a teacher and end up making about half that much is hard to swallow. The interest is simply not instilled early on, in school or in entertainment, especially for girls. Boys tend to be the ones that tinker and dissect things to see how they work, and they are likewise the ones more inclined to dig into programming type interests.

So with less exposure and no real major role models in popular media, combined with the stigma that the tech industry is for geeky boys, the field does not grab the attention of a large female populace. Of those that do enter the field, their length of time in the positions tend to be lower than that of men, a lot of which has to do with the work/life balance. Times have changed for the sexes, but still, when a family comes along, it is still much more likely that the woman, not the man, will take the reigns and stay home more to raise the children.

So while fewer women are going into the computer science field and those that do usually end up leaving them after 10 years or so, it is no wonder the field is still so male dominated. But that should not discourage women from entering the field. In the past, women were not as desirous to be so tech minded, but today’s use of technology in almost all aspects of life has caused everyone to be more interested in it to some degree. Bonnie Burch of USA Today reported on the topic recently, and quoted Connie McGee, the CEO of Evolve Women, as saying “Being in technology is a great career path for women. It is still a male-dominated industry, but that's changing. And it's an exciting time to be in technology. Schools are specifically targeting those career paths, and the programs are out there.” McGee went on to state, "Technology can be a natural fit for either gender as long as they are passionate and enjoy what they are doing. It gives them opportunities to develop role models in the industry. I know some might think that all an engineer does is sit behind a desk, but that's not the case. If we bring these students in as interns, we allow them to see that it really is interesting work."

So, the bottom line is, if you have the skills and passion, do not be afraid to pursue your job search into any of these paths that may be viewed as typically male dominated fields. As the New York Times articled closed with, “There are skills gaps throughout sectors of our economy, particularly in health care and advanced manufacturing. But nowhere, arguably, are workers leaving more money and benefits on the table than computer science. The young girls at home watching “CSI” represent a sizable American talent pool that has yet to be tapped.”

How to close the gaps in financing women-led businesses: Report
news via Financial Post - Top...

Women are leaving work and taking up the burden of care during pand...
news via Financial Post - Top...