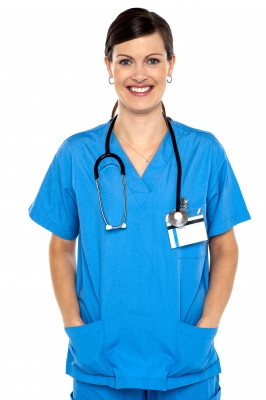 If you’ve ever put off an important task or decision, you know how procrastination can have serious consequences. Put off changing the oil in your car or ignore one of those pesky warning lights on the dashboard and you could be paying a lot more for car repairs than a quart of oil. Delay even a day or two making an offer on a house you want to buy or a stock purchase and you could miss a lucrative financial opportunity.

Postponing even small decisions has consequences. But when you’re the President of the United States, postponing a major decision can affect the entire country. Such is the case with President Obama’s decision to delay for one year part of this healthcare reform law. The Business Insider’s article, “CBO: Obamacare Delay Will Cost $12 Billion And Leave An Extra One Million Americans Uninsured In 2014,” reported that this act of procrastination will cost about $12 billion and leave at least a million more Americans uninsured.

The Affordable Care Act has to be the Healthcare headliner in this administration’s major programs. Sure to make history, no matter what the final outcome, it had a deadline and implementation timeline. Goals and deadlines are supposed to help get things done on time and on schedule. Despite all this planning and promising, the President put the brakes on a one of the key components of the ACA—the part that penalizes businesses for not offering affordable healthcare by January of 2014.

In a non-partisan report from the Congressional Budget Office, analysts say that the delay won’t only affect 2014. In fact, they say it will increase costs of the healthcare plan for the next 10 years. This President’s act of procrastination will affect administrations long after he is out of office, writing his memoirs and building his Presidential library.

The penalties paid by employers who don’t provide coverage according to the ACA’s provisions were part of the plan to pay for insurance coverage. The report found that because of the delay, penalties will be lower. In addition, more individuals that would have been covered by employer-provided insurance plans will need federal insurance subsidies to bring down the cost of coverage to an affordable level. All this adds up to a bad deal for the government, employers and the uninsured.

In the overall scheme of government bureaucracy, a one-year delay may not seem like a long time. But one year without affordable health care can have serious consequences for those uninsured that could have had access to life-saving health care services.

Even though the penalty portion has been delayed, the requirement for health exchanges is in effect. States are hurrying to set up the exchanges. Large employers who offer insurance to employees, the CBO reports, will most likely continue to do so. The loss of the penalties figures to about $10 billion. The exchanges will have to pick up about $3 billion in added costs. Without the penalties, employers can delay setting up their own plans, forcing uninsured to get insurance through the exchanges or Medicaid.

Delaying treatment for a serious illness can cause serious consequences. The delay in Obamacare’s major provision may not restrict anyone from purchasing health insurance, but will up the price tag for everyone for years to come.