The Time Has Come for Hospitals to Work Together 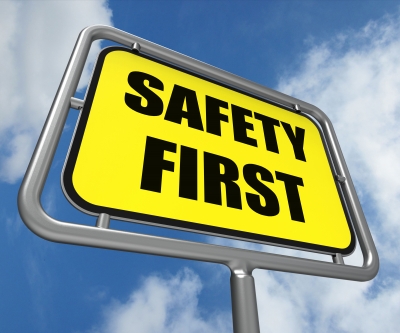 Hospitals usually compete against one another to win new sources of revenue, so it's unusual to see competitors working together to reach a common goal. However, a new initiative sparked by patient safety concerns now has several competing hospitals doing just that. More than 80 hospitals have joined together to find ways to improve patient safety and eliminate safety issues that put patients at risk for serious complications.

The Children's Hospitals' Solutions for Patient Safety National Children's Network has participants from all over the United States. The coalition originally consisted of eight Ohio-based hospitals interested in reducing adverse events in their facilities. Funding from the Cardinal Health Foundation allowed the coalition to expand to include facilities from more than 30 states. When the coalition first started out, executives from competing hospitals were often hesitant to share information with each other. Cardinal Health CEO Kerry Clark then suggested that sharing data and pooling resources would improve outcomes for patients.

At first, the coalition focused on reducing adverse drug events and surgical-site infections in member facilities. Health professionals started sharing data and giving each other suggestions for improving patient safety. In the first three years of its existence, the coalition managed to reduce adverse drug events by 42 percent and surgical-site infections related to certain orthopedic, neurosurgical and cardiac procedures by 40 percent. Their efforts saved more than $60 million dollars and protected 2,500 pediatric patients from serious complications.

These results attracted attention from other health executives who wanted to share resources and participate in the coalition as a way to improve patient safety. Cardinal Health, along with private and public donors, provided funding to help the coalition expand. Instead of focusing on one or two patient safety issues, the coalition decided to move forward with a focus on eliminating all harm to hospital patients. Nick Lashutka, president of the Ohio Children's Hospital Association, says the member facilities are not trying to compete with one another in the field of patient safety. Rather, they are working together to make patient safety a priority across the board.

Thousands of people die each year due to adverse drug reactions and medical errors, making patient safety one of the most important health issues of this century. Although this coalition focuses on reducing adverse events in pediatric hospitals, the concept could also work in facilities providing preventive care and medical treatments to adults. For such a coalition to work, member hospitals would have to share information freely rather than worrying about competing with each other.

Now that the provisions of the Affordable Care Act are being enforced, hospitals are likely to see an influx of patients who haven't received medical care in some time. As a result, this is the ideal time to make patient safety a priority. If your facility doesn't belong to a similar coalition, ask executives to consider establishing a safety initiative for hospitals in your county or region.