These Retailers are Growing 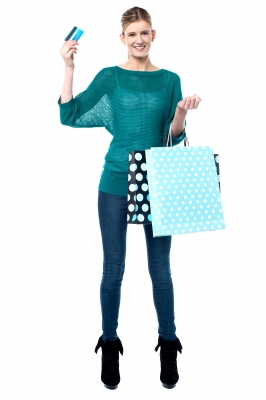 Several retail companies took big financial hits during the economic recession as consumers tightened their belts, and a few even went out of business completely. The recovery has been slow, but a few stores have managed to weather the storm and thrive in it. While a few of the companies on the list of growing retailers are no surprise to anyone in the retail industry, a few are actually a bit shocking.

When consumers started saving discretionary income instead of spending it, many clothing and household goods retail companies suffered. The ones that did well offered deep discounts on high-end goods bought in bulk from department stores that had excess inventory. These retail companies, like TJ Maxx and Ross, have excelled in this economy because they can offer discounts of up to 80 percent on lifestyle items that consumers crave. Even as the economy continues to sluggishly improve, these off-price stores continue to expand into more markets, even with steep competition from similar retailers. Analysts predict that as long as the market doesn't get oversaturated, stores like Ross have bright futures ahead of them.

Apple seems to be one of the few electronics retail companies that is recession proof. Its sales continue to increase each year as it rolls out new versions of its popular iPhone and iPad products, which have become lineup staples. In 2012, iPhone sales jumped a whopping 71 percent, with a 34.6 percent growth in overall sales. Customers tend to be very loyal to Apple, so even though the overall sales growth for the company didn't meet Wall Street expectations, the company still sports sales of $24 billion for 2012, making it the envy of the retail industry.

Everyone has to eat, so while some grocery retailers eked through the tough economy, others did exceedingly well. One of the most surprising grocery retail companies that has shown growth is Whole Foods, which some patrons have dubbed "Whole Paycheck" because of its prices. Despite higher prices, the retailer has thrived because of an increase in interest in organic products and a new commitment to offering these products at price points that are affordable to a larger swath of consumers. The company also has plans to find smaller commercial spaces with cheap rents to keep profit margins high.

No matter what job and other economic indicator reports show each month, a handful of retailers have continued to chug along. In fact, a few have grown quite a bit during the downturn, and seem to have solid plans to keep growing as the economy improves. Only time will tell if these plans turn into further success, but their current success is an indicator that with proper planning and innovation, retail companies can grow in almost any economy.