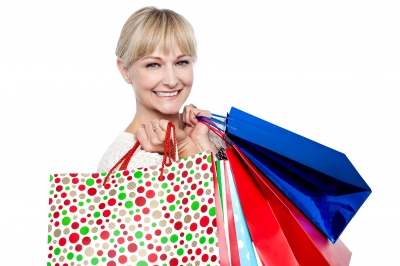 Walmart doesn't have a great reputation in the retail industry, but the results of a poll released by Nielsen indicate the company does not have the worst reputation among retailers. The worst retailer appears to be Sears Holdings, which landed at number 53 on the list. Walmart has been under fire for treating its workers poorly and putting mom-and-pop shops out of business, but it seems some Americans believe Sears is in even worse shape.

There are many reasons Sears plummeted to the bottom of the retail industry and took home the title of worst retailer in 2014. The company once relied on its strong appliance sales to keep the business going strong, but Eddie Lampert partnered with Samsung and LG Electronics instead of maintaining an affiliation with Whirlpool. What started out as a cost-saving measure appears to have cost the company dearly. An analyst with Credit Suisse Group AG says the company's share of the appliance market may fall to as low as 10 percent by the end of 2016. Home Depot and Lowe's are well-positioned to pick up some of Sears' former customers and increase their market share in this category.

For many companies in the retail industry, the benefits of running a customer loyalty program usually outweigh the costs, but Sears' program is actually cutting into the company's profits. The Shop Your Way program rewards customers by giving them points to redeem for merchandise. This program might be successful if Sears had enough customer traffic to support it, but sales have been declining. Every time a shopper redeems points for merchandise, the company loses a little profit.

Lampert also made a critical mistake when he decided to sell some of the company's assets. Lands End, Sears Hometown, Sears Outlet Stores and Orchard Supply have all been sold or spun off from the company. As of November 2014, Lampert is thinking about spinning off or selling Sears Canada and may even sell Sears Auto Center. The company still has Craftsman Tools and Kenmore Appliances, but that may not be enough to help Sears Holdings to remain competitive n the retail industry.

There was a time when people flocked to Kmart and Sears stores no matter the season, but this is no longer the case. Some of the stronger players in the retail industry have updated their images with new store layouts, big remodeling projects or brand overhauls. Sears hasn't done any of those things, so the company is having a hard time attracting younger shoppers. In 2004, Sears and Kmart joined together in an attempt to revive lackluster sales and declining profits. By 2012, Sears Holdings had closed nearly 200 Kmart locations. Many of the remaining stores are understaffed, leaving shelves empty and customers wondering if the company is struggling.

Sears Holdings was once a very successful member of the retail industry, but bad decisions and a failure to revive key brands have left the company struggling to compete. If executives do not come up with a plan to reverse this downward spiral, Sears Holdings will have a hard time staying afloat.

Tesla is now facing its most dangerous adversary yet, and it could ...
news from Markets