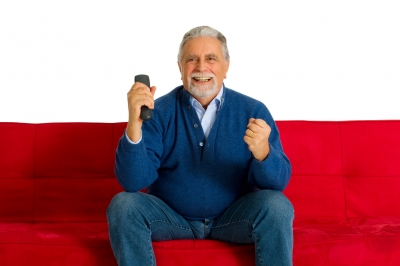 For advertising professionals and fans alike, the Super Bowl ads are often the most anticipated part of the big game. This year, companies have released teaser snippets of their ad campaigns, leaving industry professionals to speculate about which ads will be the most popular.

For fans of the sitcom "Full House," one of the most exciting Super Bowl ads will feature a cast reunion. In a commercial teaser released by Oikos yogurt, actors Dave Coulier, John Stamos, and Bob Saget reprise their roles as Joey Gladstone, Jesse Katsopolis, and Danny Tanner. The teaser trailer showed the three characters enjoying breakfast and revealed that they were still living in the same house. According to a recent story on Bleacher Report, the teaser left fans wondering if other cast members would make appearances in the full-length ad.

Another of the top Super Bowl commercials in 2014 will feature the actor and former governor of California, Arnold Schwarzenegger. Created by Bud Light, the commercial teasers show the actor in a surprising wig and an unusual table tennis outfit. He is shown zipping up his warm-up jacket and stretching in preparation for a big match. Bud Light created a social media hashtag for the ad campaign: "#UpForAnything." According to Mashable, the company has also bought Google searches for the phrase "Super Bowl ad" as well as a number of individual ads.

A number of movies will be releasing their first trailers during the Super Bowl, including the highly anticipated Captain America: The Winter Soldier. The movie is the sequel to Captain America: The First Avenger, which was released in 2011. For advertising professionals, the trailer is one of the top Super Bowl commercials to watch. The movie is part of the star-studded Avengers franchise, which uses a unique advertising strategy to showcase its complex brand. While other ads for these films focus on the four superheroes as a group, the new Super Bowl trailer will give Captain America the chance to shine.

Another top Super Bowl ad relies on something more endearing than celebrities: puppies. Teasers for the CarMax Super Bowl ads start out unobtrusively, showing people applauding a new car owner. The fun starts during the second version of the ad, which is a frame-by-frame remake that uses puppies instead of people. With a cameo by actor Sean Astin and a countless number of adorable puppies, the CarMax ad is sure to stand out from other car ads.

For advertising, one of the most interesting Super Bowl ads will feature soccer star David Beckham. Before the Super Bowl, fans will be asked to vote for the ending they want: one shows Beckham wearing briefs, while the other makes it appear as though he is fully undressed. Fans can vote using the hashtags "#covered" and "uncovered." The most popular ending will run with the commercial during the second half of the game.

The Super Bowl is not only the biggest day of the year for football; it is also an important day for advertising. As the big game draws near, it is important for advertising professionals to stay informed about the most important Super Bowl ads. In doing so, you can get a sense of the direction of advertising in the coming year.