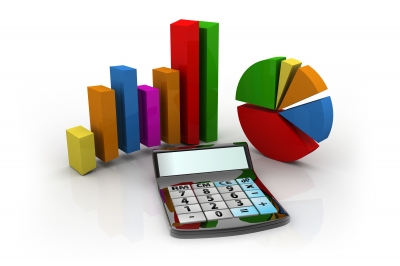 A revolution began with the advent of the first accounting software for professional bookkeepers in the 1970s. That revolution has been furthered with the efflorescence of accounting apps that began coming to the market twenty years later and brought sophisticated budgeting algorithms within the reach of small businesses and individuals. In the now crowded field, these three apps stand out among the best for Mac users.

MoneyWorks Gold 7 is the most promising contender for QuickBooks' perch at the top of the accounting apps food chain. Of all the apps for Mac users, this one offers the broadest selection of features that make it profitable to use. MoneyWorks copies the extremely user-friendly visual layout of more popular accounting apps such as QuickBooks and AccountEdge. A taskbar set against the side of the interface provides links to the app's features. Drilling down through these features creates a visual layout similar to a flowchart that makes the relationships contained in raw data easy to understand. The app can be networked across different machines, and it accepts inputs from multiple users, which makes it ideal for businesses with more than one bookkeeper. It's also compatible with Windows systems, so exporting data to partners or regulators is as easy as sending an email.

For offices that haven't invested in a bank of dedicated servers, AccountEdge edges out other accounting apps in its niche for its reliance on cloud computing to deliver features that just aren't available on a tablet or notebook computer. Much of the progress made on AccountEdge has been centered on developing more sophisticated inventory-tracking and web-interface capabilities, with very little work being done on its user interface. The app's development team has also updated the system to take into account the various changes to standard accounting practices that occur from one year to the next. Given that AccountEdge has arguably had the best user interface on the market since its inception, shifting the focus in this way is understandable.

The QuickBooks series has always enjoyed an unfair advantage in the world of accounting apps. It hit the market more or less before anyone else, and the early market penetration it achieved has left it as the brand name to beat among apps for Mac users. This success has left QuickBooks' developers feeling very conservative, and updates tend to involve very minor tweaks to small details rather than wholesale reimaginings of the program. That conservatism may make it hard to justify the price of updating with every release. It also signals that the underlying product is good enough for the majority of business and personal users, which makes the choice to upgrade a difficult one.

Automated accounting software makes bookkeeping much easier today than in the days when accountants had to manually debug their software before every tax season. Mac-based accounting apps are fast, friendly and reliable. Unlike the early days of the industry, today you have a choice of apps to manage your company's finances.