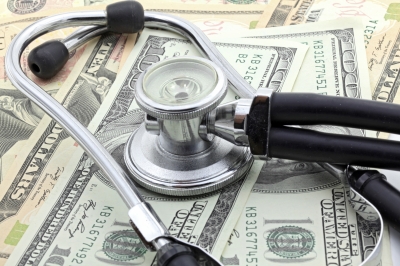 It's no secret that health care spending in the United States is out of control. Americans pay more for their care than people in other countries, but the higher costs do not necessarily to translate to better care. Before steps can be taken to improve the situation, it is crucial to develop an awareness of the major issues with U.S. spending.

The United States spends more than every other country in the world on health care as of 2014. In fact, American spending in the health care industry accounts for 17 percent of the entire U.S. economy. In comparison, the country with the next highest levels is France, where 11.6 percent of the economy is due to health care spending. Americans pay more for every part of the health care experience, from prescription medicine to imaging scans. Although it might seem logical that the high costs are due to more doctor visits, the opposite is true; Americans go to the doctor fewer times each year than people in the five countries with the next highest spending levels.

To add insult to the outrageous health care spending levels, the money is not being used efficiently. According to studies, between 20 and 30 percent of U.S. health care costs go to inefficient uses, such as redundant care and unnecessary procedures. At a maximum, the wasteful spending amounts to approximately $800 billion per year. The reasons for the high levels of waste are numerous. One contributing factor is defensive health care, wherein doctors order a high number of unnecessary tests and procedures to avoid the possibility of getting sued by patients. In a litigious society like the United States, the threat of legal ramifications is more serious for doctors and hospital legal teams than high spending. Other factors include high prescription drug prices and expensive specialty services.

A serious problem with health care spending in the United States involves transparency — or the lack of it. For Americans, it can be difficult to get a straight answer about what a specific procedure or test will cost. Hospitals, in particular, can avoid disclosing all costs to patients until they receive the bill. While it seems unsavory, the lack of transparency is backed by state law in many places. As a result, patients are not empowered to make practical spending decisions and may opt for high-cost options without realizing it. What's more, the prices that hospitals are charging are often dramatically higher than the actual procedural costs.

The U.S. health care system has been under fire in recent years, particularly as media outlets continue to unearth unreasonable financial practices in major health institutions. Whether you are a patient or a care provider, it is crucial to be aware of the problems with health care spending in order to make sensible and ethical decisions.