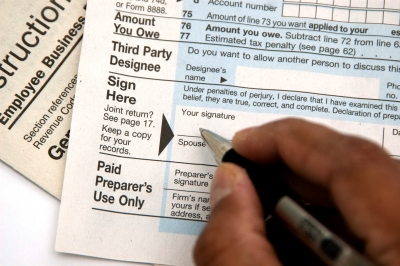 Each year brings changes to how the federal government calculates income taxes, and accountants who regularly work with personal tax returns need to understand the new tax laws for 2014 to help ensure that their clients file correctly. Claiming correct deductions and filing income is a large part of creating returns for the year. Changes to how some couples may file their income returns as well as shifting thresholds and additional deductions in the new tax laws for 2014 can help clients avoid audits and pay only the amount actually due to the Internal Revenue Service.

Tax rules regarding income brackets may seem confusing to many laymen. Skilled accountants should be able to explain changes to these in simple terms so that their clients are informed and understand your calculations. New tax laws for 2014 have changed how much top earners are taxed. The top rate of 39.6 percent has been reinstated this year for amounts earned above $400,000 in income. Similarly, changes to taxes on capital gains and other investment income may affect your wealthier clients.

The federal government has only recently recognized the validity of same-sex marriages in states with legislation that makes them legal within their borders. Same-sex couples legally married in these states or in other locations that recognize same-sex marriages as valid are required to file as married according to the new tax laws for 2014. This means that individuals may file as married jointly on a single return or separately but must note that they are legally married and not file under the single-status options. This is a departure from previous IRS procedures that did not recognize the validity of this type of marriage. The new federal tax rules also apply to those who live in states where such marriage is not recognized—provided they were legally married in another location—but some states may still require single status on state income tax returns.

New tax laws for 2014 also give homeowners the ability to deduct many changes aimed at creating more energy-efficient homes. Changes to tax law allow your clients to deduct the replacement or installation of energy-efficient windows, circulating fans, ecofriendly furnaces, and related improvements on tax returns for this year. Specific deduction amounts are in place for each improvement, and accountants should make sure they understand these limits.

Changes to tax laws in 2014 may have a big impact on the amount required for payment or received as a refund on your clients' returns. Understanding the way the tax brackets function for reportable income from 2013 as well as how married same-sex couples should file can help reduce confusion and ensure accurate payment amounts. New tax laws for 2014 may also allow your clients to reduce their tax bills by deducting some or all of the costs of energy-efficient home improvements.

Register
Sign In
The good and bad news of the HuffFeed deal
blog post from Columbia Journalism...

12 Celebrities You Didn't Know Went To Jail
news via Refinery29