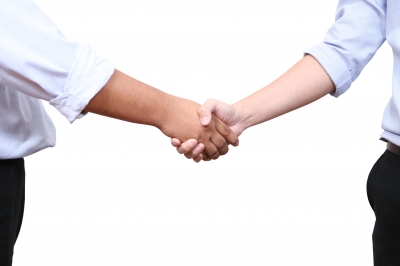 Having friends at work is one of the nice things that can make the day go by quicker. There's a downside to having friends at work, though, and a thoughtful HR manager will take this under consideration when making hiring and personnel decisions based on the personal recommendations of current employees. What are the downsides of employees with friends at work? Here are three.

The most obvious problem with putting work friends together in the same office is that they're all but guaranteed to spend at least part of their time on the clock in social interaction rather than focused on company business. Friends at work are notorious timewasters, and even a minute or two per day spent in idle chatter will add up to a lot of lost company time over the years.

Speaking of idle chatter, another reason having friends at work is a hazardous idea is gossip. Gossip is more than just a distraction from work; it's positively invidious and it can seriously impair the smooth operation of your company. Even the most professional HR department isn't immune to such human failings. Gossip between friends at work can cover every dangerous topic—from who gets paid more than whom to which fellow employees are pulling their weight. Such unregulated—and unpredictable—talk in the office can even create a serious civil liability for the company in the forms of sexual harassment and creating a hostile work environment.

Friends at work are prone to all of the drama and conflict of friends elsewhere. While most employees try to maintain a thoroughly professional mien during working hours, there's always the chance that whatever private drama is happening between them will boil over at work and create a disruption such as a fight in the parking lot, false reports to supervisors, and even sabotage of work. Of course this is rare, but in a large enough office you're likely to see all manner of rare behavior unfold. You have to be alert to the potential for conflict. Hiring romantically involved couples, or tolerating such relationships among coworkers, elevates the potential for sudden, unexpected drama.

While a friendly disposition is helpful in the office, and work friends—that is, people who are friendly but don't associate outside of the office—can form productive working partnerships, assigning friends to work together introduces a totally unpredictable range of human emotion that can't help but disrupt achieving company goals. Friends at work might seem like a nice idea, but ultimately it's in the employer's interest to discourage these situations from developing.