Three Retailers Who Are Growing While Others Are Struggling 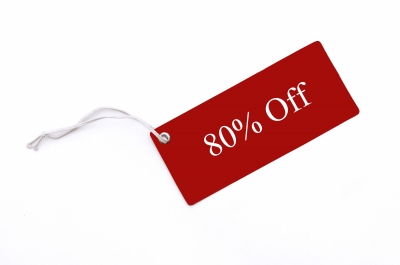 Even as the U.S. economy begins to recover, many retailers are still suffering from underperforming stores and sluggish sales. According to the Huffington Post, previously successful retailers such as JC Penney and Gap have a bleak outlook as they are among those closing the most stores in 2014. However, a few retailers are resisting this trend, growing at a rapid rate while other struggling stores just try to stay afloat.

One of the most tried-and-true calculations for measuring a retail store chain's success is sales per square foot. It is no surprise that Apple comes out on top in this category, earning more than $4,500 per square foot in a 12-month period leading up to 2014 according to eMarketer Retail. One secret to the company's success is its use of online platforms to drive most sales while physical store locations serve as hubs to showcase new, innovative products to customers. Add to this a sleek storefront, customer-centric atmosphere and cutting-edge technologies like mobile checkout, and you have a recipe for a successful retailer.

One of the most successful retailers offering luxury goods is Tiffany, a high-end jewelry store that draws customers in with the scarcity and quality of its diamond pieces. EMarketer Retail puts Tiffany near the top of the earnings list with approximately $3,000 in sales per square foot. Tiffany sets an example for successful retailers by being extremely selective about opening new stores, leaving less room for error while generating more demand in its scarce store locations. The retailer is also driving up sales with lower-ticket items in addition to expensive pieces, targeting the fast-growing market of higher-income individuals who are not yet wealthy.

Lululemon Athletica is a successful retailer specializing in high-end yoga apparel and other sports clothing, most of it targeted at women. The company boasts sales just short of $2,000 per square foot, and it still has less store space than many struggling stores. Lululemon has faced a few setbacks, such as selling overly sheer pants at one point, but the company's emphasis on high-quality products and customer service has allowed it to thrive selling high-priced exercise apparel.

Although many factors are involved in a retailer's success, an efficient executive management team is one of the most important. For instance, JC Penney has been experiencing declining sales after taking on a new CEO in 2012. EMarketer's product marketing vice president Clark Fredricksen adds that the most successful retailers are able to respond appropriately to market shifts, whether this means opening stores or closing them.

Although some of the most successful retailers specialize in luxury or high-end consumer goods, success mostly depends on an individual company's tactics and unique stance. Techniques such as making goods available for purchase on multiple platforms, focusing on the customer above all else and targeting products at niche markets have been utilized by numerous successful retailers.

The Best British Shows You Should Be Watching
news via Refinery29