Too Tired to Get Promoted? 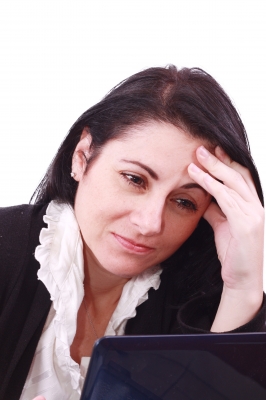 Too many people work hard not smart. It’s a cliché but it’s true. We run out of gas soon after the lunch break and our productivity goes south. When that happens, bosses notice and we get passed over for promotions or key assignments that lead to promotions.

Are you addicted to energy drinks?

To keep their energy up, some workers resort to energy drinks. A recent article in Men’s Health reported that Americans spent $4.2 billion on these “uppers.” They give us an artificial up, but when we come crashing down, right about the time the boss comes around for an end-of-day wrap up, we’re almost comatose. That’s because the drinks are packed with ingredients like caffeine, sugar and off-the-wall additives like guarana, ginseng, and taurine. These energy drinks have too much sugar and caffeine, which according to Mayo Clinic’s Katherine Zeratsky, R.D., L.D. can lead to nervousness, irritability, insomnia, rapid heartbeat and elevated blood pressure. Worse yet, if you had a drink (alcohol) at lunch, adding these energy boosters to the mix can nullify the effect of alcohol, leading you to drink far more than you should after work.

Eat smart. Instead of three meals a day, balance things out by eating five or six smaller meals. Avoid sugary snacks like scones, cupcakes, brownies, cookies and juice drinks—stuff most work refrigerators are stocked with. Stay away from heavy starches or you’ll "carb crash" later at 11 a.m. or 3 p.m. Shape recently posted some very helpful hints on how to sidestep sugar. These include a sugar-free latte made with non-fat milk, bottled water with a squeeze of real oranges for flavor, skipping sugar alcohols like Malitol, which can put a “carnival in your colon,” and turning to unprocessed sweeteners like stevia (to avoid spiking your blood sugar).

Work smart. Take plenty of breaks during your workday. Get up, go to the break room or outside and take a 15-minute break to recharge and clear your mind. If you can, do a little yoga, stretching and deep breathing. Do this every two hours or so. Lifehack notes that even a 30-second microbreak can raise your productivity by as much as 13 percent, and that a 15-second break from your computer screen every ten minutes can reduce your fatigue 50 percent. For a real eye-opener on the subject of breaks, check out CIO’s infographic.

Sleep smart. Forget the Late Night or Late, Late Night TV shows; go to bed at a decent hour. You’ve got to get up at 7 so you can fight traffic at 8 and arrive refreshed at work by 9. Try to squeeze in a vigorous workout after work so your body is physically tired enough to fall asleep. And stay away from caffeinated or sugary drinks before bedtime. A recent article by Arianna Huffington in TEDMED noted that corporations are getting the message that sleepy employees are increasingly unproductive. The Huffington Post’s office in New York, has actually installed two nap rooms (called "Napquests") to recharge their writers and editors.

Passed over for promotions because you look and act like you’re sapped of energy? Eat, work and sleep smarter.

Planning an artisanal death
news from The Week - Business