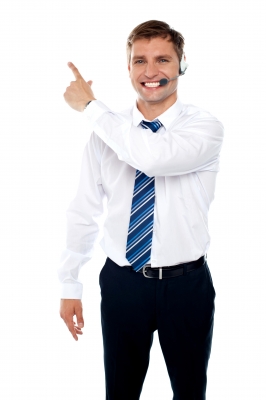 Customer service professionals use information from the American Customer Satisfaction Index to see how well they are doing in terms of providing excellent customer service. This independent benchmark is just one piece of data used to gauge the health of the United States economy. Several well-known companies achieved high scores on the most recent American Customer Satisfaction Index, which can be attributed to the efforts of everyone from executives to frontline workers.

In 2012, JPMorgan Chase had the highest customer satisfaction index score among banks, with a score of 77 out of a possible 100 points. This score is a 5.7 percent improvement over the company's 2011 score. Wells Fargo took second place in the banking category with a score of 71, a 2.7 percent decrease from the previous year. Citigroup received a score of 71, a decrease of 4.1 percent from 2011. With the recent announcement that airlines provide worse customer service than the United States Postal Service, you might be surprised to find that JetBlue scored a respectable 83 on the American Customer Satisfaction Index for 2013. Southwest Airlines scored an 81, putting it in second place for the airline industry. Delta, the third-place airline, ranked well below the first two, with a score of 68.

Customer satisfaction index scores were generally low for Internet service providers. The top company, Verizon Communications, received a score of 71 on the 2013 index. Cox Communications scored 68 out of 100 possible points, while ATT U-verse scored a 65. Comcast had the lowest score on the index, with a 62.

Full-service restaurants did fairly well on the American Customer Satisfaction Index in 2013, with four of the top five companies receiving scores above 80. Olive Garden landed the top spot with an 83, a 3.8 percent increase over 2012. Red Lobster, owned by the same company that owns Olive Garden, also scored an 83. Applebee's scored an 82, which represented a 6.5 percent increase over the previous year.

Apple is known for its excellent customer service, which is why the company did so well on the 2012 American Customer Satisfaction Index. Apple's score of 86 was actually a slight decrease from the previous year. Dell took second place in the category, with a respectable score of 81, and Acer received a score of 79. The lowest-scoring company was Toshiba, with a score of 77. The category for specialty retail stores includes office-supply stores, warehouse stores, and home-improvement stores. Office Depot received the highest score in this category, with an 84. Costco and Barnes and Noble took second and third place with scores of 83 and 82, respectively.

Happy customers should be one of your top priorities as a customer service professional. If your company is not listed on the American Customer Satisfaction Index, you can still use the information to guide your staff members in making the right decisions. Improving the way you deliver customer service will help you create happy customers who will spread the word about your business.