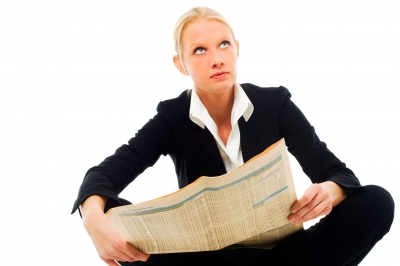 You’ve decided, for whatever reason, that the career path you’ve chosen, the one you’ve spent several years in, is wrong for you. It’s a mismatch. A dead-end. It no longer floats your boat. So like many career minded individuals, you start the soul-searching process. You run through various options in your head, maybe career directions you once had but put on the back burner for the immediate gratification of money.  What you don’t want to do is make the same mistake twice. Here are three landmines to avoid when considering a new career path.

Backing Down Too Early

You start thinking about a new career and what it might entail in terms of training, schooling, and essentially starting from scratch; but self doubts start to eat away at the corners of your dream career. Maybe you Google the new career or go on YouTube and discover people complaining about how hard it is to get started and move up in the career. So you start thinking about a different career, one that everyone says is easy to enter and move up in, a career that demands less of you. But then you back off this idea after just a few days or so. A few more cycles of this and you find yourself back where you started, thinking that maybe you should just stay put and abandon the career change idea. There are several ways out of this dilemma. One is to talk to people who are actually working in the career you’re considering. Ask if you can shadow them on a Saturday or after hours to see what they do and how they do it. Another way to get a clue is to attend seminars, conferences and trade shows. Talk to as many people as you can to learn what their average day on the job is like.

Many who opt to change careers expect to “move right in and move right up.” They fail to come to grips with the idea that a big career change calls for starting at the bottom, going through training and maybe even going back to school. This may take longer than many people are willing to put up with, for they not only must continue working at their current job, but continue building “career equity” in the new one. The solution is to avoid immediate gratification and to put in the hours it takes to hit the ground running in your new career. In short, keep your eyes on the prize.

Living Large During the Transition

We all have a “monthly nut” we have to meet to survive financially. It’s the sum that you’ve become accustomed to, the lifestyle you’ve enjoyed that falls within the boundaries of your paycheck. Many who opt to switch careers fail to realize that their earnings will surely take a nosedive when they start out. Yet they don’t downsize and continue living large, exhausting their financial resources until they’re forced to take on a second job. This second job usually eats into their ability to learn and perform their new métier, and the downward spiral continues until they fail and become miserable in pursuit of their dream.

Change careers if you must, but avoid the critical mistakes that can derail your efforts.

Register
Sign In
9 Things You Need to Give Up If You Want to Be Happy and Successful
news via Business - The...
Holy Cross of Indiana assures students after email brought up idea ...
blog post from Inside Higher Ed | News