Trucking: the linchpin of logistics 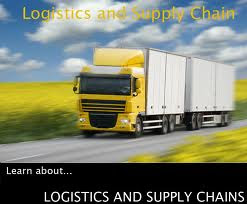 No matter what it is you buy and use, it made at least part of its journey to you by truck. Trucks are the linchpin of the nation's freight transportation system and thus a key component in the logistics chain.

In 2003, the last year for which the U.S. Department of Transportation has statistics, 31 percent of all ton-miles moved in the United States were carried by truck. More than 7 million trucks ply the nation's highways, providing both long-distance transportation of goods and intermodal or "last mile” carriage from other modes, such as ships, trains and cargo planes.

The trucking industry employed 3.2 million people in 2008, according to Bureau of Labor Statistics figures. More than half – 56 percent – worked as heavy truck and tractor-trailer drivers. The remaining 44 percent drive trucks that make local deliveries, either as drivers for package delivery services like FedEx and UPS or as driver/sales workers – route drivers for manufacturers who call on merchants and stock their shelves.

Like railroad engineers, long-distance truck drivers often put in long hours in transit. Regulations limit the number of consecutive hours a truck driver can drive without resting, but in order to keep to schedules, drivers usually sleep in their truck cabs while a partner takes the wheel. Most long-distance truck drivers work as employees of fleet operators like YRC and ABF, but some are independent businesspeople - “owner-operators” who lease or buy their rigs and manage their own business. Local delivery truck drivers have more regular hours. Lifting and carrying packages, however, is part of the job for both.

The key requirement for a career as a truck driver is a commercial driver's license (CDL). Long-distance truck drivers usually learn the basics of truck driving at a technical or vocational school before obtaining the CDL; most fleet operators also train drivers in company practices and safety rules.

Transport yourself to a better job – visit LogisticsJobSite.com.