Twinkies are Alive and Doing Well 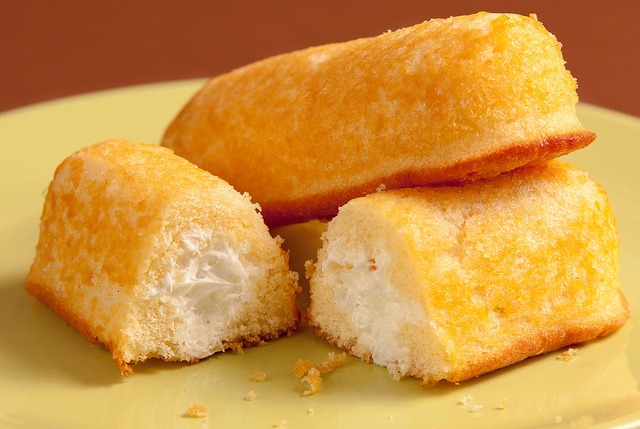 In late 2012, Hostess Brands sold its assets amid rising production costs and lower demand for its products. The long-standing American staple was a household name due to its snack cakes and bread products. Then, investors stepped in to reinvigorate the bakery and return it to its former glory.

Billionaire C. Dean Metropoulos and Apollo Global's Andy Jhawar bought Hostess Brands for $410 million and promised to inject $250 million of new investments into the company. Assets included a run-down Twinkies bakery in Emporia, Kansas. The old factory ran inefficiently and was not updated, partly due to mismanagement, high pension costs and high debts associated with the previous owners.

Hostess Brands received a huge boost with a $20 million automated system in the Twinkies bakery that moves the cream-filled pastries with the precision of an automobile factory. Instead of 9,000 employees and 14 plants, the new factory boasts 500 employees and plenty of high-tech wizardry that produces the same output as before. The inefficiency and wastefulness of previous owners is no longer present.

The Emporia, Kansas bakery produces more than 1 million Twinkies per day, about 400 million per year, to account for 80 percent of the output of Hostess Brands. The automation process was so successful, a second automated baking system was added to make the brand's line of cup cakes. Investors sank nearly $700 million into revitalizing the brand, and owners stand to make $2 billion in returns just three years into the process.

The turnaround is a far cry from liquidation in 2012. Hostess Brands suffered due to an ill-timed strike by the Bakery, Confectionery, Tobacco and Grain Millers Union in mid-November 2012. The strike occurred just as the company tried to renegotiate its labor union contract in order to lower production costs. Lenders were able to talk to the Teamsters union with regards to the delivery of baked goods, but the bakers went on strike and production halted. Less than two weeks after the strike started, more than 15,000 Hostess employees were let go.

How did Metropoulos and Jhawar turn around the bakery so quickly? The investors found the company's best assets, modernized production lines and capitalized on massive brand loyalty that built over 80 years in the business. The old investors could not modernize, or move very quickly, because of how debt was structured. Contracts with the labor pool and expensive pensions could not be redone. The new investors were not tied down by such stipulations.

New research and development techniques more than doubled the shelf life of Twinkies from 25 days to 65 days due to tweaks in acidity levels of raw materials that go into the yellow cakes. Because the new Hostess does not sell bread and just snack cakes, the company switched to a warehouse system of delivery using large semi-trucks rather than a fleet of smaller delivery trucks with labor-intensive routes. Instead of 14 factories, Hostess needs less than five. The result is a leaner, more efficient company that uses contemporary production techniques.

The rejuvenation of Hostess Brands is a remarkable achievement considering how quickly the company emerged from bankruptcy and liquidation. Manufacturers and investors can learn valuable lessons from the vaunted brand's turnaround by noting the company's low labor costs, streamlined operations and improved production technology.