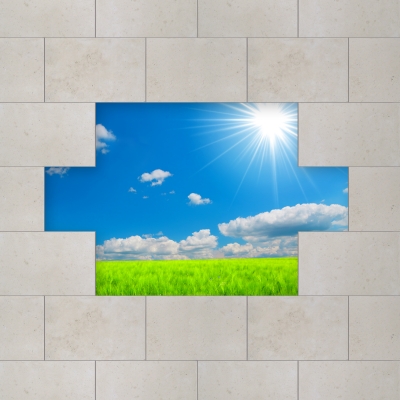 If you’re going to get up and go to work every morning, you might as well work for a company that’s a game changer, one that’s breaking new ground in technology and the way it treats its employees. While much has been written about working for Apple and Google, there are two innovative companies that are making headlines in their own right, companies you might want to hitch your career wagon to—Tesla and 3D Systems.

Founded by entrepreneur Elon Musk, Tesla’s electric vehicles had some initial stalls but its second vehicle, the Model S, was recently named the 2013 Motor Trend Car of the Year. Toyota Motor and Mercedes Benz have invested considerable coin in the Tesla Model S, which combines Mercedes quality and Toyota reliability. Production of the Model S beat out the Chevy Volt and Nissan Leaf in the first quarter of 2013. Plans are already in the works to launch a more affordable Model X in 2014, posing a real threat to the Volt and Leaf.

While many auto manufacturers have pounced on the electric car bandwagon, Tesla has continued its push to deliver Porsche-like performance in an all-electric vehicle. It has also addressed the problem of electric infrastructure by teaming up with SolarCity to build a network of Supercharger stations. Tesla expects the Supercharger network to reach 98% of the U.S. population and some parts of Canada by 2015. The stations can “amp up” a car with 200 miles of range in about 30 minutes.

Working for a visionary and environmentally conscious company like Tesla has its advantages. For one, you’ll work in small, focused teams with minimal structure and where innovation is expected. Tesla is headquartered in Palo Alto, California, runs satellite offices in Los Angeles and Maidenhead, UK, and operates retail locations around the world, so there are opportunities in many geographic areas. Students and recent college grads can apply to one of their intern/co-op or new grad positions. Check out their current internships.

A leading manufacturer of rapid prototyping machines and 3D printers, 3D Systems allows engineers and designers to drastically reduce the time and costs of prototyping. While challenges in build speed, part strength, and material range persist, being able to go from design to prototype in a single day allows for rapid cost-effective changes in a product’s design cycle, something that engineering companies have been clamoring for since CAM (computer aided manufacturing) changed the industry decades ago. Sales of small 3D printers—like the 3D Systems Cube and the Makerbot Replicator—have made significant headways in key markets.

Working at 3D Systems is both challenging and rewarding. The company provides recognition for individual and team contributions. Teams are given equitable and consistent treatment. You can count on competitive compensation and benefits, as well as a corporate culture that nurtures, mentors, empowers and inspires. Page down their careers page to see their current openings.

Want to work on the cutting edge of tech? Check out these two “comers” to move your career forward.

The video game job interview
news from The Week - Business