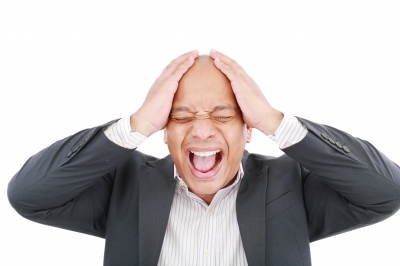 Workplace satisfaction is highly correlated with the type of boss under which an employee works. In the tech industry, getting a bad tech boss means anything from slowed productivity to lack of professional development opportunities. A bad tech boss might even prevent a team from releasing the best possible software or product. When tech workers learn the signs of a bad tech boss, they are able to avoid taking those tech jobs.

Although there are many red flags that indicate a bad tech boss, two stand out. These two signs are an inability to implement effective project management and a lack of understanding of the technology involved in the project.

Effective project management is essential to working in a fast-paced tech company, whether the project team is coding and releasing a new version of a popular software product or managing internal IT systems. Without project management, a tech team quickly begins operating under constant "crunch time." Everything becomes an emergency simply because the boss is not planning ahead.

A good tech boss has a clear project management structure in place, with manageable task lists and deadlines. Under a good tech boss, workers do not regularly stay late to complete work that could not be managed during the standard workday. They are not asked to make last-minute changes to a project's scope or deliverables; instead, they know exactly which tasks need to be completed to make the project successful.

A bad tech boss, on the other hand, creates an endless tech project list. Nothing is ever done. Projects continually increase in scope, and overtime or "crunch time" is the norm rather than the exception. Working under this tech boss quickly leads to lowered productivity, bad product releases and team burnout.

Although working for a bad tech boss may appear preferable to unemployment, taking a job under a bad tech boss often means starting another job search sooner than expected. Bad bosses are the top reason why people change jobs, so it is sometimes a better career choice to avoid these bosses altogether.

Tech workers looking for new jobs need to look for these two signs that their boss might be a bad tech boss. By asking current employees about the project management structure and the boss's technical background, job seekers are often able to tell whether the tech boss has either of these two red flags.