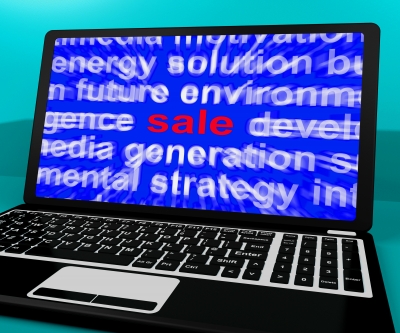 An arms race has developed between advertisers and audiences. No sooner does an innovative marketing firm develop a new way to reach consumers—banner ads, for example—than the public develops an immunity to it, and advertisers are back at square one. Native advertising is the latest effort to get around consumers' immune systems with sponsored messages that are seamlessly integrated into surrounding content. It's especially suited to online content, as it's often as simple as featuring a link with an absurd title such as "Mom Makes $5k a Month with One Weird Trick." This is pretty easy to spot as native advertising, and the click-through rates for such ads make them a generally low revenue source. Native advertising doesn't have to be ridiculous, though. Here are two ways to improve the placement and reception of sponsored content.

The first thing to consider is relevance. Whatever the product or service, if the ad is targeted properly it will be received well. An advertisement for reverse mortgages, for example, will be regarded as intrusive and unwelcome on a blog that's oriented toward college students, but might be a welcome piece of content on a similar blog for retirees. By investing in market research and identifying your public, it's possible to blur the lines between native advertising and journalism.

The second of the advertising tips to keep in mind when placing native advertising is respect your audience. Disguised advertorials like the "One Weird Trick" ads are obviously bogus pieces of native advertising disguised as desirable content. The average reader spots these featured pieces for what they are and will almost universally resent the effort at deception. By stating your case plainly, and by making no effort to conceal your agenda, you're approaching your audience with a refreshing respect that will immediately earn you goodwill and translate into increased click traffic.

One thing to be aware of is the legal position of native advertising. While sponsored content has caught on with even major publications such as the New York Times, which has recently redesigned its online layout to take advantage of increased advertising space, the legality of certain forms of the practice is in dispute. The US Federal Trade Commission recently published a fifteen-page report, in which the first fourteen pages were devoted simply to describing the various forms the practice takes and the last devoted to guidelines. The takeaway of the report is that the federal government regards native advertising as potentially deceptive, and it encourages advertising professionals to make it clear that sponsored content is just that—sponsored.

The struggle between advertisers seeking an audience and audiences seeking to avoid advertising has reached an exciting stage. Though the standards and practices of sponsored content haven't been fully worked out yet, the potential is there to end the arms race once and for all by crafting advertisements that people actually want to read. With the rise of native advertising, it's possible that the day is coming when advertising tips over into being sought-after content itself.