WHO Warns Against Overuse of Antibiotics 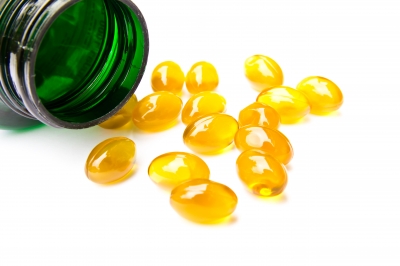 For many decades, mankind has benefited from antibiotics as the best defense against life-threatening infections. However, according to a 2014 World Health Organization report, the ever-growing phenomenon of antibiotic resistance can render this modern medicine useless. Dr. Keiji Fukuda, the Assistant Director-General for Health Security at the World Health Organization, warns that lack of urgent action may plunge the world into a post-antibiotic time. Without effective antibiotics, common infections can pose deadly threats.

The WHO report claims that the problem of antibiotic resistance presents a serious, global health and security threat. The phenomenon occurs when bacteria exposed to antibiotics survive and mutate into an antibiotic resistant strain, making it impossible to treat with standard drugs. This can take place with common bacteria, even if you contract strep throat or a bladder infections.

Although a variety of factors lead to antibiotic resistance, one of the most obvious causes is the overuse and abuse of antibiotics. WHO advises that you must only take antibiotics when they are prescribed to you by your doctor. You must finish the full course of antibiotics, and never use the leftover medicine. The last two points are important because failing to take an entire course of antibiotics may give bacteria the chance to survive and become antibiotic resistant. WHO also urges doctors to only prescribe antibiotics when they are definitely needed. According to the Centers for Disease Control and Prevention, the United States spends approximately $1.1 billion annually on unnecessary antibiotic treatments for upper respiratory infections alone.

Another often overlooked area of antibiotic abuse is in agricultural meat production. Antibiotics are used on livestock in order to allow the animals to grow fast and live in unnaturally close proximity. According to a statistic by The Atlantic, the vast majority of antibiotics sold are used on animals rather than humans. Therefore, you are likely to introduce antibiotics into your body daily if you consume meat.

According to the 257-page WHO report on antibiotics, antibiotic resistance is a current problem being faced across the globe. A key finding notes the increasing difficulty to treat urinary tract infections caused by E. coli–fluoroquinolones with a common antibiotic. Another finding reveals the failure of last-resort treatment for gonorrhoea in numerous countries. Additionally, the report emphasizes that individuals fighting antibiotic-resistant bacteria have a significantly higher chance of dying from an infection than those infected by non-resistant bacteria.

The report by WHO entitled "Antimicrobial resistance: global report on surveillance" is an important wake up call for health care providers, suppliers and consumers alike. You can do your part to fight antibiotic resistance by practicing good hygiene in order to avoid infections and consumption of unnecessary antibiotics. If you are prescribed antibiotics by your doctor, do not hesitate to discuss the matter, and ask if the antibiotics are truly needed.