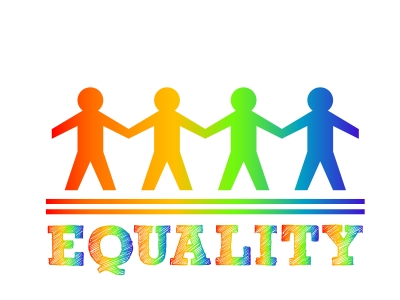 Before applying for jobs, you likely scan advertisements for hiring companies' desirable perks. Health insurance benefits probably sit somewhere near the top of your "wants" list, and while married individuals often extend benefits to include their spouses, lesbian, gay, bisexual, and transgender (LGBT) people don't always have that option. Since the historic DOMA decision in 2013, however, employers all over America have begun extending health insurance plans to include LGBT couples.

Until recently, many retailers and other companies only offered health insurance coverage to workers, their dependent children, and their opposite-sex spouses. Unfortunately, people involved in LGBT relationships were not commonly granted access to the same set of benefits as their straight colleagues. Employee benefits—such as health insurance plans—were usually available to the employees alone.

In 1996, federal legislators approved the Defense of Marriage Act (DOMA), which defined marriage as a partnership between a man and a woman. The act effectively annulled state-approved same-sex marriages and left many committed LGBT couples in financial and emotional turmoil. Under DOMA, employee perks for same-sex couples became scarce, and many people were unable to enroll their long-term partners in health insurance plans.

In June 2013, after sustained political and civil pressure, the Supreme Court ruled DOMA unconstitutional. After the decision, a number of large corporations changed their healthcare coverage policies to include LGBT couples. Recently, Walmart, the largest employer in the country, expanded its health insurance coverage to include employees' LGBT partners as well as same-sex domestic partners.

Because of the recent DOMA reversal, Walmart's modified employee benefits rules apply equally in all states, even those with same-sex-marriage bans in place—such as Arkansas, for example. The Arkansas ban was established after 75 percent of the electorate voted in favor of the state's Amendment 83 on a 2004 ballot. DOMA's federal status vetoes the amendment.

Walmart's decision may be ahead of the curve, but it may be a sensible one. According to the US Department of Labor, the legal definitions of spouse and marriage are set to change in the coming months. Going forward, the terms will include both same-sex and opposite-sex-partnerships—whether couples were married in their resident states or not. The DOL's modified definition has been widely touted as a step forward for civil rights.

For many years, civil rights groups campaigned for LGBT rights with very little success. Now, however, same-sex partnerships have become legally recognized as equal to opposite-sex partnerships on a federal level. Currently, 65 percent of Fortune 500 companies offer equal benefits to LGBT couples; in the future, this number will increase substantially.