What Are the Tax Implications of the New Healthcare Bill? 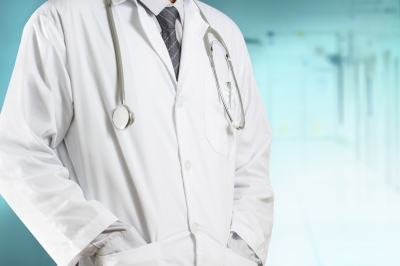 Republicans in control of Congress want to repeal the Affordable Care Act and replace it with their version, as of mid-2017. Senators are considering the replacement health care bill, called the Better Care Reconciliation Act of 2017, has several tax implications for individuals and corporations.

The Senate version of the health care bill creates a tax credit system for people who maintain health insurance coverage. The tax credit lowers for people who have more income and who are older. The Senate bill also caps the tax credits at people who are at 350 percent of the federal poverty level. The competing House version, although similar, gets rid of the premium tax credit for individuals and only takes age into consideration for the tax credit.

Both the House and Senate bills repeal the net investment income tax immediately. Wage earners keep paying the surtax on earned income to fund Medicare for several years following 2017. Wage earners have Medicare taxes taken out of their net income as a line item on their withholding from employers.

One of the major tax implications of the health care bill is that it gets rid of the penalty for failing to maintain coverage. Both chambers, if a bill passes, aim to make the change retroactive to 2016. That means some taxpayers would receive refund checks if they paid penalties for not having coverage. The House version says that Americans should have continuous coverage, so if someone lets insurance lapse for two months or longer, that taxpayer faces a 30 percent increase in premiums for the first year after signing up for new health insurance.

The Senate health care bill expands the state innovation waivers, which make it more flexible for states to tap into federal health insurance and insurance markets. The idea is that states determine the rules, who gets coverage and what people pay for the benefits. The bill lets states fast-track any options for continuing health insurance markets or choosing not to do so.

Both the House and Senate bills repeal taxes implemented by the ACA that raised funds through taxes on medical devices, insurance providers and high-interest earners. In this respect, corporations would pay less in taxes if the new bills become law without any alterations.

One thing accountants should keep in mind is that no health care bill is set in stone as of June 2017. The Senate must vote on its version, then the House has to consider it. If both sides can't pass the exact same legislation, then leaders in both chambers have to work on a compromise bill. There are still plenty of negotiations that have to happen before anything finds enough votes to pass Congress. Then, the president has to sign the bill into law.

Any looming health care bill may have long-lasting effects for taxation over the next several years. Accountants need to study the changes carefully and follow guidance set forth by the IRS when considering how to proceed with corporate clients and individuals.