What Determines Whether an Employee Gets Unemployment? 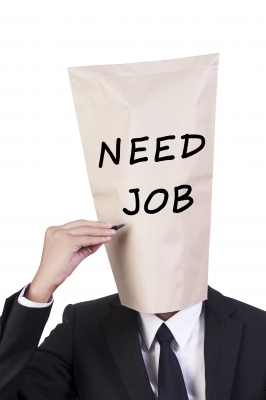 Two cases regarding unemployment benefits made news in the first half of 2015. One, from Indiana, centered upon just cause for an employee's firing based on a company's sexual harassment policy. The second, in Minnesota, dealt with the distinction between retirement and unemployment. Both cases litigated to a state court of appeals.

The Indiana Court of Appeals overturned an unemployment decision made by an administrative law judge with the Indiana Department of Workforce Development. An employee with Advanced Correctional Healthcare, Inc. was fired after 18 months on a job when five co-workers complained about his inappropriate comments. The company investigated and found 12 instances of sexual harassment.

The Indiana Department of Workforce Development originally determined the fired employee did not deserve unemployment benefits because he was terminated with just cause. The former employee appealed, and the decision was overturned. The health care company appealed that decision and won. The former employee asserted the co-workers neither heard nor were offended by the comments.

The appeals court concluded that it did not matter whether the co-workers failed to hear the comments. If the employee knowingly violated the uniformly applied sexual harassment policy, which he signed, he was fired justly and is not entitled to unemployment benefits.

The second case stemmed from a woman who claimed she did not officially file for retirement in writing, even though her company threw her a huge party on her last day of work. The employee worked for a religious health care company as a nurse and told co-workers, over the course of a couple of years, she wanted to retire and move to another city to live closer to family.

She discussed the proposition with human resources and even delayed her retirement by two months. Within a week after her last the day, the retiree filed for unemployment benefits in Minnesota and claimed the company unjustly fired her. The state's court of appeals upheld that the former employee willingly quit her job and was not eligible to receive benefits.

The main idea behind unemployment remains providing cash assistance to people who, through no fault of their own, lose their jobs. When companies fire someone for violating a company policy, that person typically does not receive benefits.

The American economy recovered from the economic downturn of 2007 and 2008, so unemployment benefits are less of an issue in 2015. However, companies and employees should still remain aware of how unemployment works based on the special, litigated circumstances observed earlier in the year.

New threats to an old problem: The pandemic has made 'brain drain' ...
news via Financial Post - Top...
Live Updates: Latest News on Coronavirus and Higher Education
blog post from Inside Higher Ed | News