What Does Obamacare Mean for Young Adults? 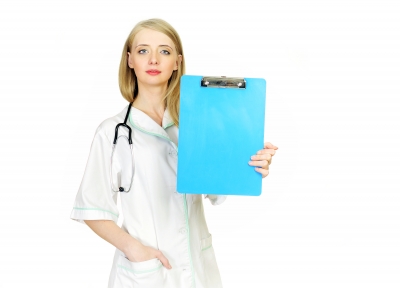 The Affordable Care Act (ACA) goes into effect at the beginning of the year, making it mandatory for all Americans to carry health insurance. Enrollment for Obamacare healthcare plans began in October, and getting young adults to sign up is crucial to the success of the federal healthcare program. Unfortunately, there are still many young adults who are unaware of how the new law affects them.

According to ObamacareFacts.com, approximately 43 percent of uninsured Americans are young adults between the ages of eighteen and thirty-five. Nearly half of those uninsured young adults have reported that they have difficulties paying medical bills. However, for young, healthy adults the cost of health insurance premiums is a larger concern. At the end of October, the Obama administration released a report that indicated that one million single adults between the ages of eighteen and thirty-five will be eligible for an Obamacare insurance plan that costs less than $50 per month. However, this statement doesn't apply to everyone, and some young adults have begun receiving notices from their health insurance companies stating that their premiums are set to increase.

Contradicting statements and varied opinions make it hard for young Americans to determine whether or not Obamacare will help or hinder their finances. For instance, according to ObamacareFacts.com, only 3 percent of young adults could be affected by higher premiums, which is a big difference from the numbers quoted earlier. However, these figures don't include the 28 percent of young adults that the website lists as currently uninsured. The fact is, most young adults are covered by employer insurance plans. If you don't have insurance through your employer, you are required to purchase insurance. While most young adults will be eligible for some sort of subsidy to offset the cost of their premiums, only half of the young adults that need to purchase insurance will qualify for policies that cost $50 or less per month. Even though these facts aren't as impressive as they may have seemed at first, it isn't a reason to avoid purchasing an insurance plan. According to an article on CNN.com, increased competition among insurers and new tax credits are making the overall cost of health insurance for young adults cheaper.

In addition to the amount of your monthly premium, you also need to consider the type of insurance you're purchasing. With Obamacare in place, every young American will qualify for a healthcare plan—even young adults with chronic illnesses or preexisting conditions. But, the cheapest option isn't always the best choice. If you choose a cheaper plan, you'll probably have a higher deductible or co-pay for your office visits, increasing your overall out-of-pocket expenses.

For most young adults, especially those that are uninsured, Obamacare is beneficial. Overall, the new federal healthcare program is designed to give young Americans lower monthly premiums and access to health insurance that they may not have had previously. As long as you read the details of the insurance plan you chose and weigh all of your options, you should find that Obamacare is an affordable healthcare option.