What Exactly is Net Neutrality? 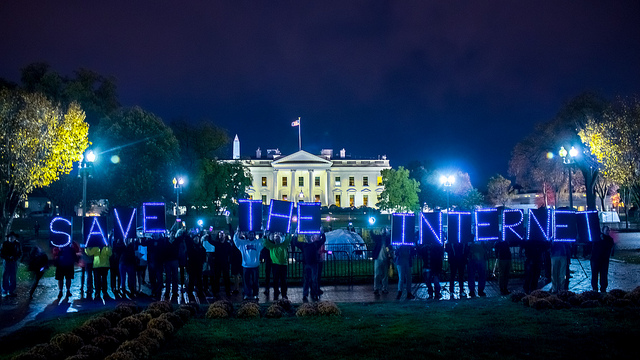 The Internet is an ingrained part of most people’s day-to-day activities. Maybe you wake up, read Reddit while you make breakfast or drink your coffee, and then head to work—probably taking time every now and again to check and respond to emails or visit social media websites. Much more commonly, your work is on the Internet, making it especially important that customers and clients have access to the website with which you work.

Now, imagine a world in which your clients and customers have to pay extra to visit your site in a timely manner—or worse, your company has to pay an extra fee in order to give customers premium connections to your data. Services such as Netflix and Hulu are already paying cable companies a premium in order to give consumers watchable streams and access to their online libraries. What if companies could suddenly force your company and customers to pay that premium, as well?

That’s where net neutrality comes in. Net neutrality is the idea that everyone should have equal and unabated access to all portions of the Internet (like Netflix and Hulu). Companies such as Comcast and Time Warner are seeking to end net neutrality because of the earnings they see in forcing people to pay for “fast lanes” on the Internet. People who pay for “fast lanes” will have stronger connections than others who may only pay for a basic Internet package. For instance, a customer who pays twice as much as another customer for a premium Internet package may have access to services like Netflix and Hulu, whereas the basic Internet package may download a site's data and stream video at an incredibly slow rate.

President Obama urged the FCC to consider the Internet as a public utility, much like water and electricity. Under this act, cable and phone companies won’t be able to act as the gatekeepers, meaning that everyone has equal access to all portions of the Internet without being restricted by often ghastly service.

Net neutrality is a vital part of the way of life in 2014; people are beginning to make shopping online their way of life, and schools are even beginning to upload homework and hold classes online. Companies such as Comcast and Time Warner look to end net neutrality so that people who don’t want to pay a premium for Internet connectivity will only have restricted Internet access.