What Happened To A Living Wage? 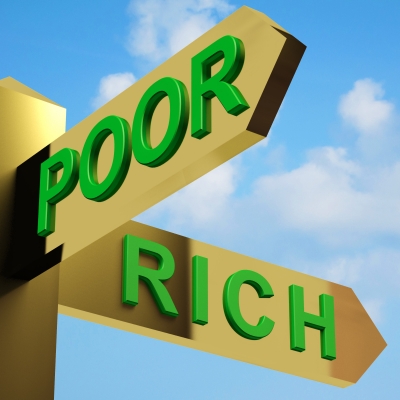 In 2009, the minimum wage was raised to $7.25 an hour.  This was a boon for retail and service workers, who work some of the lowest paid jobs in America.  The pay increase was welcome, but with a failing economy and rising prices the excitement faded fast.

Fast food and retail jobs used to be the “foot in the door” to a higher level job with better pay and benefits.  Years ago, companies had career ladders—stepping-stone jobs with lots of “assistant-“ job titles that were training grounds for the leap into middle and upper management.  The recession and extensive layoffs all but eliminated the middle-management level.  Middle-management jobs were replaced by lower-paying, administrative or service jobs.  What’s worse, as the recession continued, companies found they could get along without a lot of jobs, replacing many with technology or just doing more with fewer employees.

The job market is improving, but instead of management-level jobs, more lower-level service and retail jobs are being created.  A person who has been out of work for a long time has a choice of a lower-paying retail job or going on public assistance. Once on public assistance, it is tough to leave, since in some states, welfare pays better than work.  This poses a tough decision for a person who has worked all his life, provided for his family, and finds himself on the dole.

The American dream has always been self-sufficiency.  Work hard and you will be successful.  A hand-up, not a hand-out.  A new study from the Cato Institute found that in 35 states, going on welfare is a better deal for a person than taking a minimum-wage job.  With the federal poverty level for a two-person household at $15,000, many welfare programs pay more.  That annual salary calculates to about $7.71/hr.  Higher than minimum wage, but barely subsistence.  The Cato study showed more than 33 state welfare programs that paid over $10 an hour.  Hawaii came in on top, paying over $60,000 in welfare benefits, or a whopping $29.13 an hour.

Public assistance is a godsend to people that for some reason are unable to work, or who need a way to feed their families, keep body and soul together or to try to hang on until they can find a job. Programs keep food on the table, gas in the car and provides education and healthcare benefits.  They were never meant to be an end in itself for those who are able to work.  With the disparity between the pay for welfare and work, choosing work can be a step down financially.

Even working men and women can qualify for public assistance, depending on what they make.  A slight increase in pay could cause the loss of some benefits. The Washington Post reported, according to the Department of Labor, about half the 3.5 million people working minimum wage retail, fast food and service jobs are women.  Many are working women who are heads of households who need public assistance health and welfare programs not offered for part-time workers.  While higher pay is a good thing, a raise in minimum wage could be enough to disqualify them for public assistance.

Raise the minimum wage?  Making a living wage enables people to be self-sufficient and realize the American dream.  Maybe the American Dream needs to be redefined, at least until wages and jobs again surpass the financial benefits of remaining on the dole.

Stacy London Is Not Here For Fast-Fashion
news via Refinery29