What Industries Have the Highest Turnover Rates? 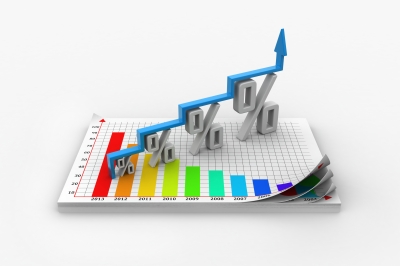 Calculating turnover rates is one of the best ways to see if your company is doing a good job retaining employees. It may cost several thousand dollars to hire just one person, so you don't want to see a new employee leave the company in five or six months. If your company's turnover rate is higher than the average turnover rate for your industry, it's time to explore new methods of recruiting and retaining talented employees.

The food-service industry has one of the highest turnover rates, which isn't surprising if you've ever worked in a restaurant or bar. One of the reasons for this high turnover rate is the fact that most food-service workers are hourly rather than salaried employees. Many employees work in food and beverage establishments while they are in high school or college, which means they don't stick around very long. Some food-service workers also quit their jobs because they don't make enough in tips to pay their living expenses.

The arts, entertainment, and recreation industry also has a high turnover rate. People in this industry perform a wide variety of duties, from singing and dancing in live performances to operating amusement rides at a fair or carnival. Many of these positions are seasonal, so it makes sense that this industry would have one of the highest turnover rates. If a live production lasts only a few weeks or months, the actors and crew members will have to look elsewhere for work. Some of these jobs are also very demanding, which causes employees to quit their jobs and look for less difficult opportunities elsewhere.

Another industry with a high turnover rate is the retail industry. There are several reasons why workers in this industry change jobs at a much higher rate than those in many other industries. One is that retail jobs are often seen as a way to earn extra money for school or to supplement a full-time income. There are also a lot of seasonal jobs in this industry, especially during the busy period between Thanksgiving and Christmas. Because most retail employees must be willing to work evenings and weekends, some people leave the industry in favor of jobs with more traditional work hours. A high turnover rate isn't always a bad thing, however. Increased turnover may be a sign of economic improvement, says Catherine Rampell, a contributor to the Charleston Daily Mail.

As an HR professional, you should always know your company's current turnover rate. If your rate is higher than the average turnover rate for other companies in your industry, you need to figure out how to fix the problem. In some cases, doing a better job of recruiting employees will help reduce your turnover rate. Other turnover problems are linked to low morale or issues with your company's internal culture.

The market's biggest and most influential investors are altering th...
news from Markets