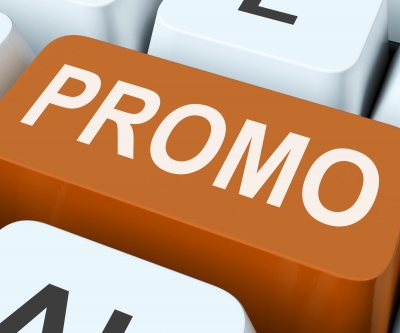 From many advertising industry pundits' perspectives, Marissa Mayer's decision to hire Henrique de Castro was a poor one. Nevertheless, Mayer went ahead and hired de Castro in October 2012. She dubbed the former Google executive her chief operating officer and gave him a generous stock-based rewards package worth roughly $56 million at the time. Fast-forward fourteen months to January 2014—de Castro found himself out of a job. So, what went wrong?

Marissa Mayer's plans for de Castro were simple but mighty: he would, she asserted, reinvigorate Yahoo's advertising sector and turn the entire business around. Yahoo! profits—then, as now—were garnered largely via advertising revenues. From Mayer's point of view, de Castro built Google's lucrative display advertising business during his time with the company. When she hired de Castro, Mayer had very little advertising industry experience.

Unfortunately, Marissa Mayer's assumptions were ill founded. When Google hired de Castro in 2009, he was initially placed in charge of ad sales. Less than a year later, however, de Castro's job description changed, and he became Google's president of global media, mobile, and platforms. In fact, de Castro's performance in advertising sales had been weaker than anticipated.

During de Castro's time as COO, Yahoo! advertising growth simply didn't happen. In fact, Yahoo! reported a 5.6 percent drop in advertising revenue at the end of the fourth quarter in 2013. The company's figures were not in line with advertising industry trends because, overall, ad revenues were up. Meanwhile, Yahoo! ad revenues were down. New advertisers were not forthcoming, and company profits decreased.

By the time Marissa Mayer gave de Castro his marching orders on January 15, the rewards package—originally valued at circa $56 million—amounted to between $80 and $109 million. Why? Because Yahoo! stock, worth $16 per share at the time of the former COO's inauguration, rose to $41 per share by the time de Castro left. Sadly, that had nothing to do with advertising revenue.

Stock prices have undoubtedly improved during Marissa Mayer's tenure; however, some industry insiders assert that current Yahoo! share values stem from several sources—not all of which are directly attributable to Mayer's leadership. The corporation's 2005 investment in Chinese startup Alibaba, for example, recently started to pay off. In addition, its 1996 investment in Yahoo! Japan steadily contributed to the company's overall growth. At this point, many analysts estimate that, when combined, Alibaba and Yahoo! Japan make up 70 percent of Yahoo's total enterprise value.

Furthermore, a 2012 deal with Alibaba—brokered by former Yahoo! CEO Scott Thompson—created several billion dollars in working capital. Yahoo! sold some of its stake in Alibaba and used a proportion of the resulting payday to buy back its own shares. Consequently, the number of available Yahoo! shares fell, while its price per share increased. Yahoo! might look good from an investment standpoint, but a portion of the company's outward improvement is attributable to internal adjustment rather than a genuine boom.

To rescue the arguably ailing corporation, Yahoo! advertising revenues will almost certainly have to improve dramatically. Thankfully, Marissa Mayer has a backup plan based around mobile and contextual search algorithms.

Yahoo! is at a critical point in its life. On the surface, things look pretty healthy; beauty, however, is only skin deep. Unfortunately for Marissa Mayer, the corporate waters are a little murkier underneath. If she can turn Yahoo! ad space into positive revenue, though, she may still make her mark.