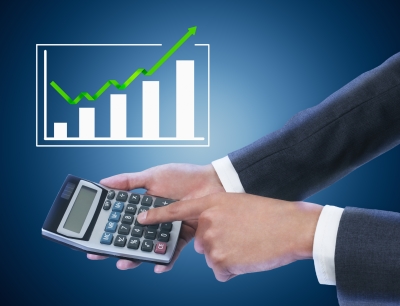 For retail professionals, 2014 has not been the promising year that was predicted by industry experts. After the relatively solid retail numbers that came out of the 2013 holiday season, many in the industry anticipated strong sales at the beginning of 2014. Though growth has not happened as quickly or as dramatically as expected, the retail industry seems to be picking up speed.

Like many other sectors, the retail industry was severely impacted by the harsh weather and extreme low temperatures at the beginning of the year. After the 2013 holiday sales petered out, consumers stopped spending. In early February, the National Retail Federation reported that the seasonally adjusted, month-to-month January retail numbers remained flat. Around the same time, the US Census Bureau reported that retail sales decreased by 0.4 percent. The slowdown in sales was widely attributed to the winter weather, which reached record-breaking temperature and snow levels in many areas of the country.

In February, retail numbers rose by just 0.2 percent, causing further strain on the industry. In response, many employers began to realign their workforces to maximize resources and minimize financial losses. During the month of February, the industry lost 6,700 jobs. The largest job losses came from stores dealing in sporting goods and electronics.

Industry professionals remained hopeful, however, insisting that the coming spring would also bring improved retail numbers. Their patience paid off: In March, the industry saw an 1.6 percent increase in sales. The increase correlated with the slowly warming temperatures around the United States, indicating that consumers were starting to make purchases that were delayed by the extreme winter weather.

April brought steadily rising temperatures—and steadily rising sales. In fact, many stores reported that retail numbers were higher than expected in April. Costco, which had predicted a 3.2-percent increase, saw instead an increase of 5 percent. During the same period, the Thomson Reuters Same Store Sales Index reported an increase of 6.4 percent, which was far higher than the expected 4.1 percent.

Despite the unexpected gains, retail analysts advise a certain level of restraint for businesses. Much of the increases can be attributed to the pent-up demand after the long winter; experts expect growth to level out in the coming months. Regardless, the National Retail Federation reports that the industry is growing faster than it was in 2013. Recent news releases express confidence that the industry is slowly on its way back to pre-recession levels.

For retail professionals, it seems safe to attribute the sudden drop in retail numbers at the beginning of the year to the winter weather. In the coming year, analysts predict that the industry will increase by an average 4.1 percent—good news for retailers who are looking to expand or increase inventory.

A Chicago trading firm is setting up shop in Singapore to dominate ...
news from Markets

Al Gore and David Blood told us how it's possible to save the world...
news from Markets

Women Who Played Coachella Tell All, From Weed Blackouts To Lindsay...
news via Refinery29