What Will the Future of Technology Be Under the Trump Administration? 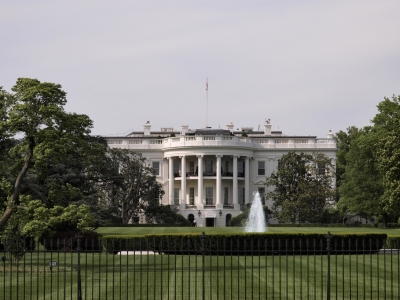 Since the campaign trail, talk of a tech policy agenda under the Trump Administration has been largely absent, leaving many industry professionals wondering in which direction the tech sector might be headed. Here are a few hopes and predictions that may shed some light on the future of technology during the Trump era.

The Possibility of Greater Broadband Deployment

The Trump Administration has proposed a $1 trillion infrastructure package to revitalize the country with bridges, highways and more, but some policymakers see this as a perfect opportunity for technology expansion. This expansion could include bringing affordable broadband to rural areas and other build-outs that could spur new tech jobs. According to FCC chairman Ajit Pai, broadband must be an essential part of the infrastructure plan carried out by the Trump Administration. He also argues that the Universal Service Fund of the FCC is a strong choice for administering the deployment due to its proven track record.

Another reasonable prediction, judging from Trump's constant support for federal deregulation, is that new tech startups and inventions may face fewer obstacles on the road to deployment under the Trump Administration. While many regulations and legal frameworks have been designed without technology in mind, the cutting down of federal regulatory power and bureaucracy can mean positive things for technology.

One example is the Bay Area startup Zipline, a company that is, as of early 2017, preparing to use drones to deliver medical supplies to remote areas of Rwanda. Although the company is testing its technology in the United States, regulations placed by the Federal Aviation Administration curbed the startup's efforts on home soil. Zipline is prohibited from using its drones in the United States despite the potential benefits it could provide to rural areas.

President Trump may not be very vocal about his intentions for the technology sector, but he has been famously outspoken about immigration reform, which can have a huge impact on the tech world. Many companies, such as Intel, rely heavily on foreign talent. Therefore, it's no wonder that the rumor that the Trump Administration was planning to reform the H-1B skilled worker visa program sent many companies into a panic.

Certain technical fields already generate a fairly limited pool of talent from graduate schools. In addition, many tech companies look for the brightest, most innovative talent regardless of nationality. If students and professionals have a harder time getting visas, this may stunt the innovation of tech companies.

While the future of technology under the Trump Administration takes some guesswork, companies and professionals can expect a few improvements as well as some challenges. Leaders in the tech sector are doing their best to ensure policymakers work to spur advancement and innovation over the coming years.

Photo courtesy of vitasamb2001 at FreeDigitalPhotos.net