What do Manufacturers Really Mean by Flavoring? 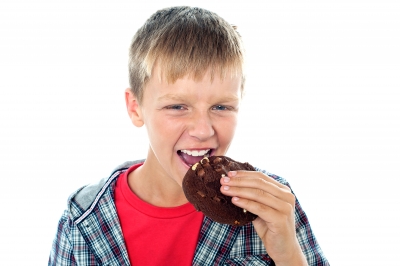 In today's organic food revolution, many consumers readily form negative opinions of artificial flavors based on the assumption that "natural" is inherently better. Yet, the creaminess of low-fat yogurt, the refreshing tang of citrus drinks and the zesty zing of cinnamon are all beloved flavors that frequently come from "fake" ingredients. Natural and artificial flavors are the same chemicals derived from different sources, and using the latter often increases safety and sustainability.

Food processing is a complicated science regulated by national and international laws, both of which affect the availability, accessibility and cost of natural ingredients. The U.S. Food and Drug Administration defines natural flavors as compounds derived from natural — and edible — plant and animal sources, while artificial flavors include any substances that don't fit this description. These designations make it easy to presume that artificial flavors come from dangerous chemicals that aren't fit for human consumption, but the differences between real and fake flavors are slimmer than most consumers realize.

For one thing, artificial flavors aren't necessarily fake. Every type of matter is a complex bundle of chemical compounds that can be broken down to smaller and smaller units. Artificial flavors are synthetic, meaning they are chemicals synthesized from larger compounds of unedible sources. The chemical is the same regardless of where its source. One example is citral, a chemical that can be extracted from both lemon peels and petrochemicals. However, the condition of "edibility" matters because artificial flavors can be derived from natural, organic matter humans don't eat. For instance, Nobel prizewinner Mayu Yamamoto discovered how to synthesize vanillin, the compound that gives vanilla its flavor and scent, from cow feces.

Manufacturers may choose artificial flavors when natural ingredients aren't sustainable. For example, coconut flavoring comes from the compound massoya lactone in tree bark. These trees grow in limited areas of the world, and removing bark kills the plant, making it more environmentally sound to choose an artificial source. Safety is another concern, as plant- and animal-based ingredients often contain toxic chemicals and are more prone to carrying disease. Artificial flavors are processed in controlled environments with a low risk of bacterial contamination, and chemists typically remove most toxic compounds before food reaches consumer shelves.

The criticism of fake flavoring does hold some truth, but it equally applies to natural and artificial flavors. Manufacturers frequently add artificial flavoring to strengthen the taste of food or deliver the sensory experience consumers expect. After all, consumers want to enjoy low-fat dairy products without losing the richness and creaminess of higher calorie foods. In many cases, the taste consumers associate with a particular ingredient doesn't come from that food at all.

Consider cinnamaldehyde, the compound responsible for the flavor and scent of cinnamon. "Real" cinnamon comes from the bark of the cinnamon verum tree, while a less expensive substitute comes from cassia tree bark. Both sources are natural, and the FDA allows manufacturers to sell either ingredient as cinnamon. Cassia, which is widely used in North America, contains more cinnamaldehyde and delivers the intense zestiness that many Americans mistake for cinnamon verum.

Many Americans question food processing practices out of a desire to eat healthy. However, artificial flavors are valuable for producing tasty, affordable food, and they undergo rigorous testing to be deemed safe for consumption.

The US and China relationship just reached its most dangerous point...
news from Markets