What to Do When the Company Drags out the Interview Process 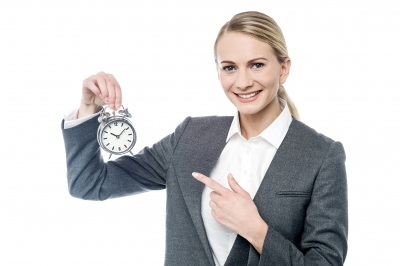 In a highly competitive job market, employers have to balance making quick hires with performing a thorough vetting process to find the right person for the job. You might be part of an interview process that has multiple steps and drags out for several weeks. If so, here are a few things you can do when your potential employer isn't moving as fast as you would like.

All of the online research in the world won't point to a specific reason why a hiring manager might drag out the interview process. Richard Moy, of Stack Overflow, had a creative way of dealing with this issue. He sent an email to the CEO of the company he wanted to join. Moy had some ideas about the industry, and he wanted to run some ideas past the person in charge.

Although the email never received a response, it showed the prospect's willingness to research the problems facing his prospective employer. Not only did this help mitigate the waiting time during a lull in the interview process, but it added value to the candidate's skill set. Contacting someone higher up in the company has its rewards if you do it properly.

2. Don't Throw Away Other Opportunities

In the middle of a long interview process, apply subtle pressure to your future employer by mentioning other opportunities that came your way. Reassure the company that the position is your number one choice, but let recruiters know if you have options and plan to make a choice soon. This might prompt the employer to move quicker if they really want to bring you on board.

Sometimes, mitigating circumstances get in the way. Perhaps your future boss went on vacation for two weeks shortly after you completed the interview process. Perhaps the job is very complex and needs higher-skilled people for the position. Maybe there were a ton of qualified candidates who made it through the initial rounds of vetting, or HR had to put the hiring on the back burner for a few weeks to deal with an emergency.

The average time to hire in 2016 was around 27 days, which was nearly 3.5 days longer compared to 2015. That's because the job market picked up and companies needed more time to go through more candidates. Candidates still have the upper hand as of March 2017, because plenty of companies seek top talent for highly skilled positions. Don't take it personally if you don't hear anything for a while. Continue to reach out to recruiters once per week until you get a definitive yes or no answer.

Employ a few of these strategies if you think your potential boss is dragging out the interview process. Be as patient as possible, and until you hear back from recruiters, continue to reach out and let them know you're eager to work for the company.